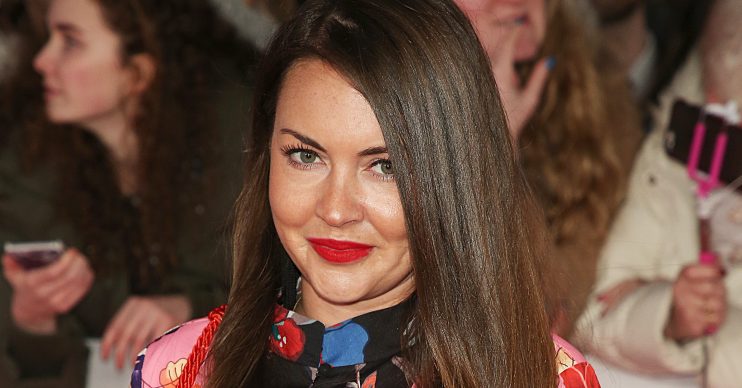 The two appear to have struck up an unbreakable bond

EastEnders star Lacey Turner, who plays Stacey Fowler in the soap, has shared adorable pictures of her daughter Dusty playing with their puppy Ned.

She posted the photos to her Instagram account where Ned is laid in front of the little girl. In the second picture, Dusty appears to be giving the pooch a kiss.

Lacey’s co-stars commented on how sweet the pictures are.

Danielle Harold, who plays Lola Pearce in the BBC soap, wrote: “Oh she’s such a beaut.”

Natalie Cassidy, who plays Sonia Fowler, replied with a bunch of love hearts.

Lacey often posts pictures of her daughter on Instagram.

She gave birth to her daughter last year and earlier this year she and husband Matt welcomed Ned to the family.

Currently, Lacey is still on maternity leave from EastEnders. However, the soap still hasn’t returned to filming, which was suspended back in March due to the coronavirus pandemic.

Although EastEnders has now run out of episodes, viewers think that Stacey will be returning soon.

Before the show went off air, viewers saw Stacey’s mum Jean struggling with her mental health. As she had stopped taking her bipolar medication, Shirley and Kush began to sneak it into her food.

But when she got lithium poisoning, they were forced to confess.

Furious, Jean threw Kush and the kids out of the house. As Jean was desperate to see Stacey, Shirley convinced Kush to call her.

Could this lead to Stacey’s return to Walford?

Whilst is hasn’t been confirmed when Lacey is back, she confirmed earlier this year that she will return to the show.

Are you looking forward to Stacey’s return? Leave us a comment on our Facebook page @EntertainmentDailyFix and let us know what you think of this story.