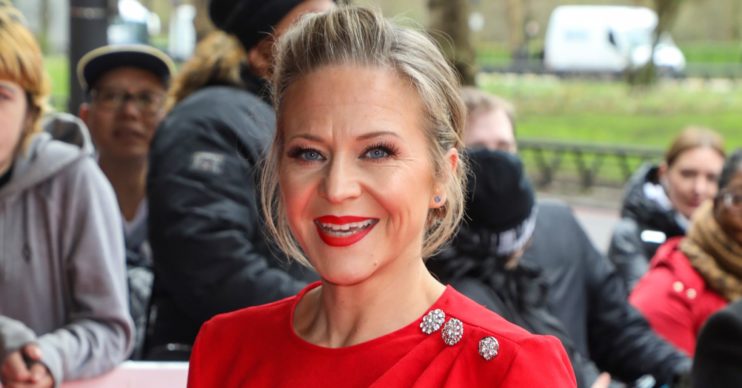 Kellie revealed a hilarious wardrobe blunder from her first scene

EastEnders star Kellie Bright has revealed originally there was plans for Linda Carter to be a former Page 3 model.

In the first episode of EastEnders: Secrets from the Square on Monday (June 22), host Stacey Dooley sat down with Danny Dyer and Kellie Bright, who play Mick and Linda.

During the episode, they looked back at the Carters’ first scene where Linda and mother-in-law Shirley ran down the road after Mick.

As the clip played, Kellie revealed a hilarious wardrobe blunder.

Read More: Who is Himesh Patel dating? The Luminaries and former EastEnders star

She said: “This shot here, this shot here, running here. We did this once and my chicken fillet fell through my bra onto the road and I saw it and thought ‘oh no!’ Then I carried on running.

“I kicked it to the kerb and do you know what? The funny thing was I’m not well-endowed, I don’t mind not being well-endowed but they had written this back story for Linda where she had been an ex-Page Three girl, right?”

Explaining the plans for the storyline, Kellie continued: “So there was this whole story planned where these pictures were gonna emerge of when Linda had been a Page Three girl from years ago. So I had to have a bust.

“And as we were running along and I can remember being absolutely mortified, in hysterics but sort of mortified because I didn’t know everybody that well.”

Whilst the storyline never made it to screens, the Carter family have had their share of excellent storylines over the years.

Last year, Linda began to struggle with an alcohol addiction. Her problem caused issues in her and Mick’s marriage.

However after the Thames boat accident, which happened on the show’s 35th anniversary, Linda made the decision to get proper help.

This resulted in the Carters making the decision to sell The Vic.

Last viewers saw of the Carters, Mick announced to Linda and Phil that he had sold the pub to Phil’s ex, Sharon Watts.