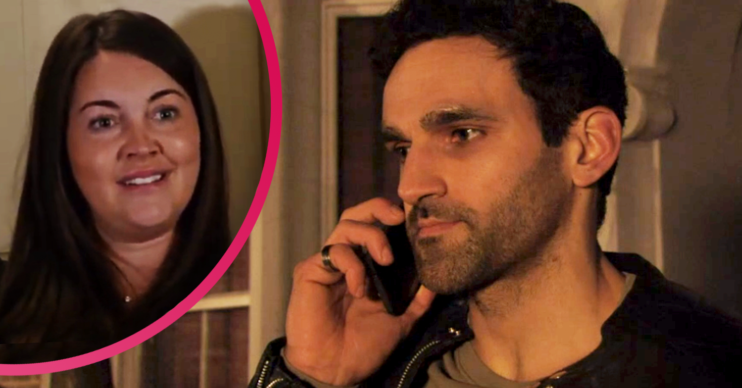 EastEnders fans have gone wild as Stacey Fowler made a surprise ‘return’ in last night’s episode (Tuesday, May 26).

Stacey left Albert Square last year after attacking Phil Mitchell and since her departure, fans have been awaiting her return.

On top of Jean’s mental health struggles, she is desperately missing Stacey and has been trying to get a hold of her. In last night’s episode, she tried to leave Walford to see her daughter.

Shirley managed to stop her and promised Kush would get a hold of Stacey for her.

After convincing Kush to ring the mother of his child, she didn’t answer. But Stacey later called him back and her voice could be heard.

She asked after their son Arthur, who Kush is looking after. Stacey also asked after Jean, but instead of telling her the truth, Kush made out everything was fine.

STACEY COME BACK TO ME #EastEnders

Over the last few weeks, Stacey’s mum Jean has been struggling with her mental health. After refusing to take her bipolar medication, Kush and Shirley snuck the pills into her dinner.

But it ended in disaster as Jean ended up in hospital with lithium poisoning. After throwing Kush, Mo and the kids out of the house, Jean has been living alone.

However it’s clear she’s not coping and believes her late boyfriend Daniel is still alive.

Will Kush tell Stacey what’s really been going on?

Why did Stacey leave?

Stacey left after attacking Walford hardman Phil Mitchell. His son Ben found out, but made threats staying Stacey needed to keep away or he would harm her and her family.

Stacey made a brief on-screen return in October last year. But in the appearance, her husband Martin ended their marriage in order to keep her safe.

She later sent a friend to her home in Albert Square to collect her belongings. But will she come back once she finds out how ill Jean is?