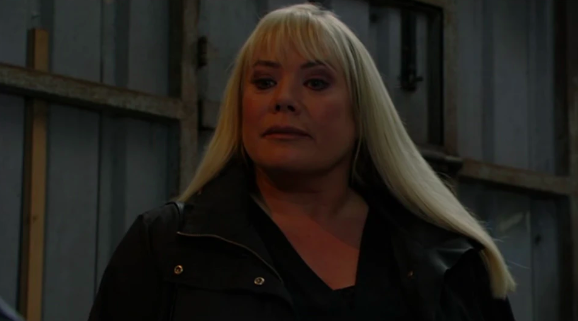 EastEnders SPOILERS: Sharon’s mission to get revenge on Phil gets out of hand in new photos

How far will she go?

This week, fans of the show saw Sharon swear revenge on Phil after a month of feuding, following his bombshell discovery that she’s carrying Keanu Taylor’s baby and not his.

He kicked her out onto the street (despite her being heavily pregnant), tried his best to turn her son Denny against her and even had his love rival killed off…

Or so he thought!

Viewers know that Martin Fowler, blackmailed into the nasty task by Ben Mitchell, didn’t go through with the murder and instead let Keanu escape.

And on Monday this week (January 20), Sharon also learnt the truth about Keanu being alive from a drunken Linda Carter – and plans to use it to her advantage to bring Phil down.

Armed with the truth from Linda, Sharon stole Martin’s phone with the photo of a ‘dead’ Keanu and now has the ammunition she needs to hurt Phil.

At the end of Tuesday’s episode (Jan 21), Sharon confronted Phil. And while she didn’t tell him she had the footage on Martin’s phone, she warned him not to underestimate her.

On Thursday (January 23), three new photos released today show Sharon and Phil face to face in The Arches with Sharon looking like the cat who’s got the cream, while Phil looks livid.

According to a spoiler from the BBC soap, Sharon is on a mission to get revenge on Phil but takes things too far when she winds him up.

Things soon get out of hand forcing Callum to intervene.

How far is Sharon willing to go to exact her revenge?

And how far is Phil prepared to go to protect his faaaaamily?