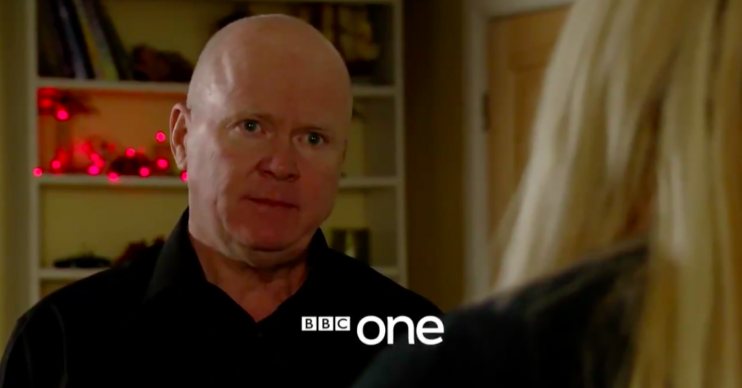 Phil Mitchell is going to violently explode at cheating wife Sharon in EastEnders over Christmas.

But when Phil picks up one of the chairs and hurls it at Sharon, it’s clear he means to do her serious harm.

He thinks Jack is the man who fathered Sharon’s baby but he will eventually reveal the truth putting Sharon and Keanu in serious danger.

“I don’t want to spoil anything, but there are some twists and turns that Sharon definitely didn’t see coming… and neither did I (laughs).”

She added: “Although Sharon thinks her secret is under wraps, the fear of it all coming out doesn’t go away – it’s still looming over her.”

How do you think the Phil and Sharon battle will end? Leave us a comment on our Facebook page @EntertainmentDailyFix and let us know what you think!