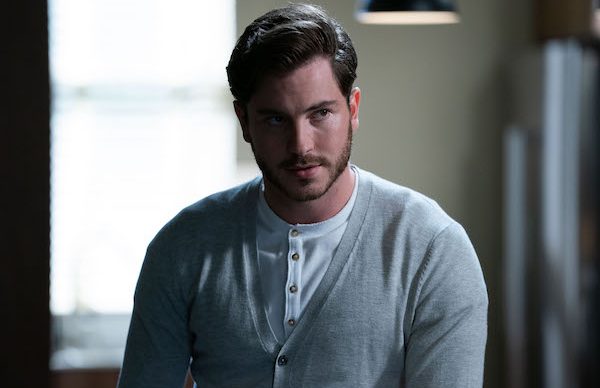 They're caught up in his bad mood

Next week’s EastEnders sees Gray Atkins under pressure, but this time it is his children, Mia and Mackenzie Atkins, who get the brunt of his anger.

The news that Leo King is dead and Whitney Dean has been arrested for killing him soon travels around the Square, and Chantelle Atkins is shocked when she hears the truth about her friend.

But while viewers know that Whitney killed Leo in self-defence, she still needs a good lawyer and Tiffany Butcher wastes no time in asking Gray if he will take on the case.

Despite his initial reservations, Gray agrees to defend Whitney, but the high-profile case soon starts to take its toll on him and he is feeling the pressure at work.

And as Chantelle knows, a stressed-out Gray is never a good thing, but this time it isn’t her who seems to bear the brunt of his anger, it is the couple’s children.

Mia and Mackenzie are stunned when their dad snaps at them, and Chantelle is instantly worried that Gray has bitten off more than he can chew with representing Whitney.

And things are only set to get worse, when Gray starts to realise that something doesn’t add up about what Whitney has told him about the day that Leo died.

At the police station, Whitney is getting increasingly frustrated that the authorities aren’t listening to the fact she acted in self-defence.

But when Gray later questions her about whether she called someone after the shocking incident happened, she lies and fails to reveal that she called Mick Carter in her moment of need.

However, not a lot gets past Gray, and the plot thickens when later he learns that Whitney went along to the boat party after Leo’s death, and that she got a taxi with Kush and Mick.

But why is Whitney keeping Mick out of all the police enquiries?

And if she can’t be honest with her own lawyer, what hope does she have of convincing the police that she is the innocent party in the drama?

And where does Gray’s outburst towards his children leave his relationship with his family?

Could this be the start of a sinister new twist in his abuse towards wife Chantelle?

Do you think Gray could turn on his kids again? Leave us a comment on our Facebook page @EntertainmentDailyFix and let us know what you think!