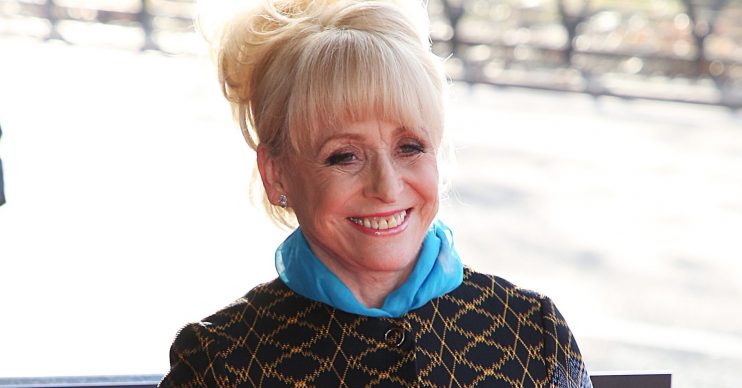 Barbara Windsor ‘remembers working behind the bar’ in the Queen Vic

National treasure Barbara, 82, was diagnosed with Alzheimer’s in 2014 and has struggled with memory loss as she battles the cruel disease.

But in a new interview, Barbara’s husband Scott Mitchell has revealed he watches EastEnders with his wife every time it is on the telly.

And when she sees The Queen Vic pub, the actress – who played landlady Peggy Mitchell for 23 years – is able to remember it.

She’ll point at the Queen Vic and say things like, ‘I used to work behind that bar’, but she doesn’t always recognise the picture of her character Peggy behind the bar.

“Bar[bara] comes back then, although the first thing she usually says is, ‘Oh I haven’t seen this for ages’, even though we watch religiously.

“She’ll point at The Queen Vic and say things like, ‘I used to work behind that bar’, but she doesn’t always recognise the picture of her character Peggy behind the bar.”

Although Barbara was diagnosed with Alzheimer’s in 2014, she didn’t reveal it publicly for four years.

When Scott eventually broke the news in a heartfelt interview, he explained that rumours had begun circulating about his Carry On star wife’s declining health.

At the time, Scott said: “I’m doing this because I want us to be able to go out and, if something isn’t quite right, it will be OK because people will now know that she has Alzheimer’s and will accept it for what it is.”

Over the past two years, Scott and Barbara’s former EastEnders cast mates have raised hundreds of thousands of pounds for charities that support Alzheimer’s and dementia sufferers and their families.

They dubbed themselves Barbara’s Revolutionaries and raised more than £150,000 for Dementia Revolution.

Among those to donate was Barbara’s friend and music legend Elton John, who pledged £5,000 to the cause.

Earlier this month, Scott revealed that he will be running the London Marathon again this April in a bid to raise even more cash.

This time he is running for the Alzheimer’s Society. To sponsor Scott, click here.