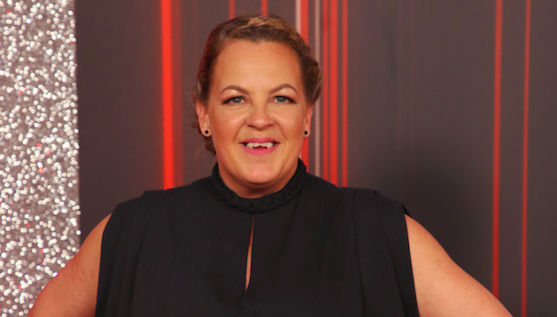 Natalia Cassidy got involved too!

EastEnders star Lorraine Stanley has joked about her next career move, after the BBC announced the soap had stopped filming because of the coronavirus pandemic.

The actress, 43, who plays lovable Karen Taylor in EastEnders, addressed fans just moments after the shock announcement was made in an official statement by the broadcaster.

On Wednesday (March 18), the BBC confirmed that EastEnders has STOPPED filming because of the coronavirus pandemic.

I shall get my trumpet out at some point and entertain myself.

The serial drama has been forced to cancel filming for the time being in reaction to the deadly COVID-19.

The statement read: “In light of the spread of COVID-19, after much consideration, it has been decided that filming on EastEnders will be postponed until further notice.”

It continued: “The decision was made after the latest government update. We will continue to follow the latest news and advice from the World Health Organisation and Public Health England.

“We have also taken the decision to reduce the amount of episodes we broadcast each week to two, so that we can ensure the audience can continue to enjoy EastEnders in their homes for as long as possible.

“Please note our episodes will now air on Mondays at 8pm and Tuesdays at 7.30pm with immediate effect.”

Reacting to the news in her usual humorous way, actress Lorraine tweeted: “Anyone need a cleaner?”

Although she expressed her sadness at events with the sad face emoji.

Of course Lorraine was referring to government guidelines that encourage social distancing and discourage anyone from attending large gatherings.

Anyone need a cleaner? ☹️ https://t.co/aAobtdzmG8

Fans were quick to reassure Lorraine, with one tweeting: “Much love to you, and all affected by this decision, albeit a sensible one. Let’s have more repeats involving Karen Taylor. I’ll start a petition.”

Another said: “Lorraine, we’re all going to get through this don’t stress.”

A third added: “So sorry, hope all you guys are doing okay. We will miss you.”

“I’m so sorry it’s come to this. We’ll be waiting for your return, supporting the show when you’re all back. Stay safe and take care,” added another.

I shall get my trumpet out at some point and entertain myself. https://t.co/EnEsHgu2hq

Referring to her character’s hobby, she wrote: “I shall get my trumpet out at some point and entertain myself.”

Once again Lorraine cracked a joke in reply, saying: “Can I be a backing dancer/singer? Pretty please.”

Other fans called Natalie’s alter-ego a “legend” and encouraged her to “bring it on”.

Meanwhile, Jake Wood – aka EastEnders’ Max Branning – shared a photo of his character throttling Ian Beale alongside the message: “If Ian Beale was the coronavirus.”

How do you feel about EastEnders potentially coming off air in the future?

EastEnders will now air on Mondays at 8pm and Tuesdays at 7.30pm.