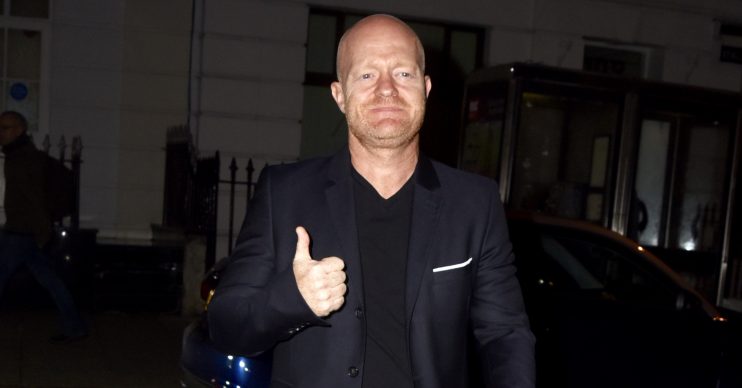 EastEnders fans were quick to point out similarities between the two!

The actor posted the meme to his Instagram of Ollie alongside himself with a caption reading: “Good to see Max from EastEnders going into the villa! #LoveIsland.”

Jake wrote: “For your information I’m the one on the right who doesn’t own a beach in Cornwall.”

Jo Joyner, who plays Max’s ex-wife Tanya Branning on and off in the BBC soap, wrote: “Even I thought that was you when you were younger!”

A second said: “I thought it was you as I scrolled!”

Ollie, who is heir to the Lanhydrock Estate, will be taking part in the upcoming series of the dating reality show, which starts on January 12 2020.

Read More: Love Island finalists earn an average of £296k PER MONTH after leaving the show

Love Island Winter will see a group of singles living in a villa in Cape Town for a number of weeks as they try to find love.

Although Max Branning is not entering the Love Island villa, he may need some advice when it comes to dating.

Good to see Max from EastEnders going into the villa! #LoveIsland.

Recently Max, who has a reputation for cheating and womanising, was left disappointed when he proposed to Ruby Allen, who he’s been dating, and she declined.

Although Max agreed afterwards that they were dating but were allowed to see other people, he took a knock after being rejected by a woman he tried to talk to.

In real life, Jake has been married to wife Alison since 2001 and together they have two children Buster and Amber.