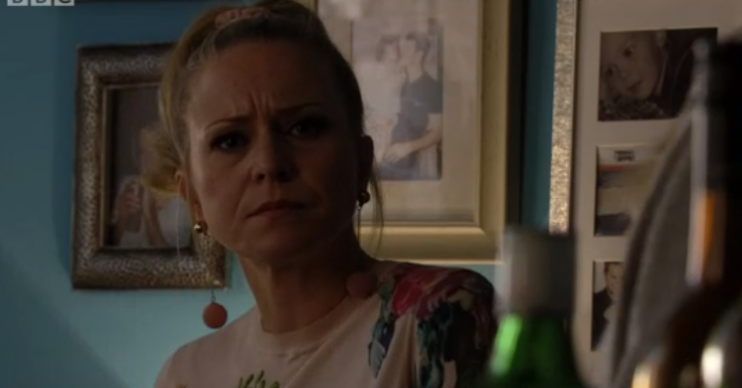 Linda has been receiving mysterious phone calls from an unknown person over the last few days, but The Vic landlady has declined all of them.

Her husband Mick has been growing suspicious of his wife, especially after looking at her phone and seeing all the missed calls.

Linda disappeared for hours on Christmas Day and when she returned she lied to Mick saying she had stayed with a friend.

Although it’s become obvious she was not with a friend, her whereabouts haven’t yet been revealed.

However fans think she was involved in Keanu Taylor’s disappearance and he’s the one calling her.

Viewers know Keanu was kidnapped by Martin Fowler for The Mitchells.

Phil Mitchell found out his daughter Louise’s fiancé Keanu, is the father of his wife Sharon’s baby.

Louise set Keanu up and he was kidnapped by Martin and taken to an abandoned building where he appeared to be shot.

However viewers will have to wait until New Year’s Day episode to find out what really happened on Christmas Day.

The episode will show a flashback to Christmas Day which will reveal Keanu’s fate.