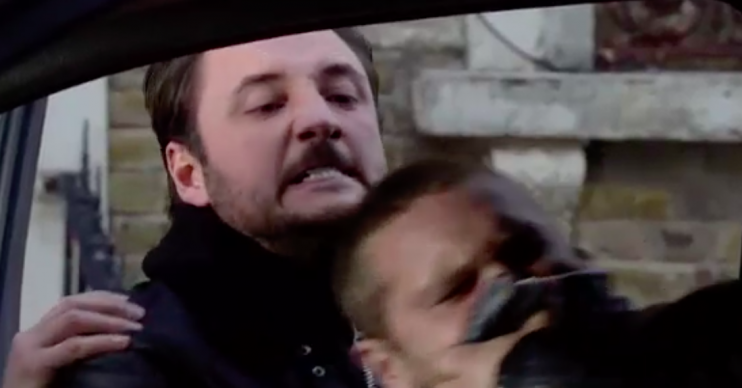 The bits we didn't see on Christmas Day!

BBC flagship soap EastEnders is to air a special flashback episode to answer some of the questions viewers have after Christmas Day’s unsettling event.

On New Year’s Day, the soap will show us more scenes of the distress and chaos that gripped the residents on December 25.

The Carters, Fowlers, Slaters, Truemans and, of course, the Mitchells are all hiding terrible secrets.

At the centre of the Christmas Day episode was Phil Mitchell confronting wife Sharon after discovering Keanu Taylor was the father of her unborn baby.

When Phil’s daughter Louise realised the truth, her now-fiance Keanu begged her to give him a second chance and they agreed to flee with their baby Peggy.

We all agreed that Christmas is so good we wanted to do it twice!

Meanwhile Ben Mitchell ordered Martin Fowler to kill Keanu in exchange for him helping to cover up the hit and ru Martin was responsible for on Christmas Eve.

As Keanu and Louise prepared to leave, Martin arrived… and viewers realised Louise had stitched up her lover as she spat: “Don’t take a Mitchell for a fool.”

Meanwhile Linda Carter disappeared from hospital after being admitted with hypothermia after passing out drunk outside.

The soap will reveal Linda’s whereabouts that day and discover how her drinking leads her into a very dangerous situation.

Christmas in Walford will be revisited in a special flashback episode on New Year’s Day. Questions will be answered. Mysteries will be revealed. #EastEnders pic.twitter.com/LEqc5T86hz

“So this year the New Year’s Day episode will be a format-busting sixty minute episode taking us back to the beginning of Christmas Day to see the stories from different perspectives.

EastEnders airs Mondays and Fridays at 8pm, and Tuesdays and Thursdays at 7:30pm on BBC One.