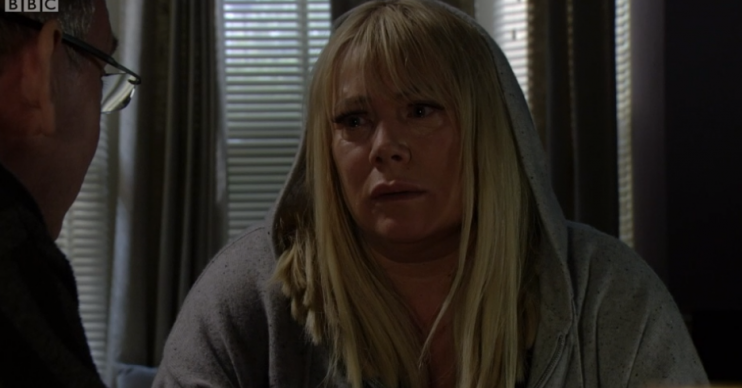 What day is it now then?

Some EastEnders viewers were left scratching their heads in confusion last night, when they became convinced they’d missed an episode of their favourite BBC soap.

Over the Christmas and New Year episodes, fans saw some explosive storylines come to a head – but the use of flashbacks has now left them grappling to keep up with the chronological order of events.

On Thursday (January 2), baffled soap fans were left convinced they had missed an episode when they lost track of the timeline.

Viewers know that the New Year’s Day special was a flashback to the Christmas Day events, in which Martin Fowler ‘killed’ Keanu Taylor.

Why are they acting like it’s New Year’s Day?

The next episode started with Martin Fowler standing in the darkness, until ex-wife Sonia walked in, turned on the light, and said: “Happy New Year handsome.”

The pair then shared an illicit kiss, keen for their daughter Bex not to discover their reunion…

But with Martin and Sonia celebrating New Year’s Day 24 hours later than the rest of the country, some fans took to Twitter to express their confusion.

One asked: “Why are they acting like it’s New Year’s Day? #EastEnders.”

Why are they acting like it’s New Years Day? #EastEnders

Another said: “I feel like I’ve missed something! The last episode was the flashback, right?! #EastEnders.”

“The flashback episode should’ve been aired on Boxing Day to be honest,” added one more, while another observed: “There’s a lot open to say it’s supposed to be New Year’s Day.”

Of course, the BBC soap aired its New Year’s Day episode on January 2, as the actual New Year’s Day installment was dedicated to the Christmas Day flashback.

In Albert Square on the first day of the year, Linda woke up with a disgusting hangover from her exploits on New Year’s Eve, and Sharon arrived on Ian Beale’s doorstep after being kicked out of the pub by a drunk Linda.

Were you confused by the timeline? Leave us a comment on our Facebook page @EntertainmentDailyFix and let us know what you think!