EastEnders will be pulling out all the stops for this year’s Christmas episodes.

The BBC soap’s viewers will be treated to another explosive episode to celebrate the festive season as truths are exposed and liars get their comeuppance - and there's even a potential murder. 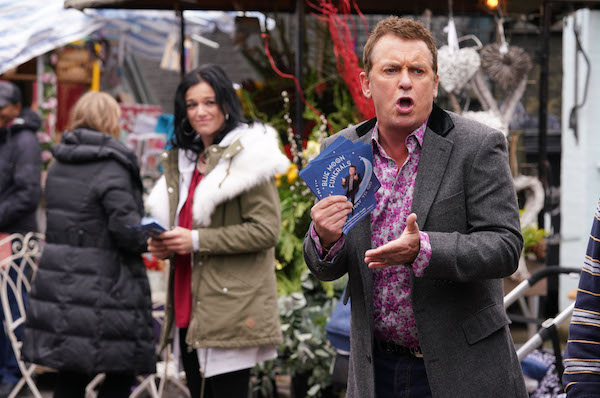 Alfie is going to be at the centre of the Christmas drama this year (Credit: BBC)

At the centre of the drama will be the infamous Slater family.

Alfie Moon’s return shocked them earlier this week, but that’s nothing compared to what will come at Christmas.

At long last his fathering of Hayley’s baby daughter will be revealed to his devastated wife - and the rest of the family.

A spokeswoman for the show teased to Metro.co.uk: “Alfie is determined to give Kat the perfect Christmas but his dreams come to a sudden halt when the truth about him and Hayley unravels in catastrophic style.

But it’s not just the Slaters taking centre stage as Mick Carter will finally be freed from prison.

However his happy family reunion is marred by his plans for revenge for Stuart Highway.

The spokeswoman added: “Mick Carter is finally reunited with his beloved Linda but with revenge on his mind, Christmas will be anything but peaceful for the Carters.” 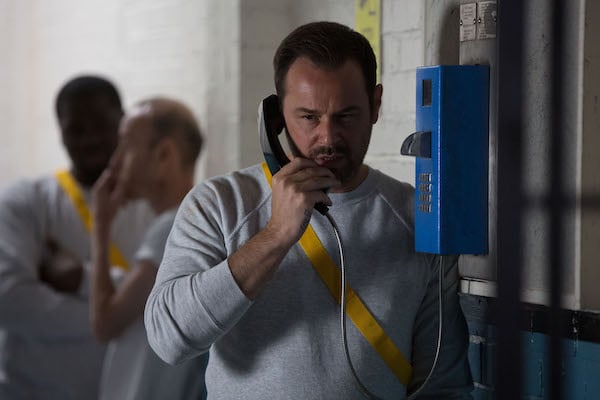 Mick will be out of prison and ready for revenge (Credit: BBC)

And while Christmas will be dramatic, it’ll kick up another notch in the New Year as Mel Owen takes her own long-awaited revenge on bigamist Ray Kelly.

The spokeswoman said: “New year kicks off in dramatic style for Mel and Ray as their wedding day arrives but what does Mel have in store for the deceitful groom?

“As the bride-to-be puts the final pieces of her plan into place, she comes to a disturbing realisation…”

And aside from all of this there’s a shock new romance, a Christmas comeback for one family and Mitch Baker tries to worm his way back into son Keegan and ex Karen Taylor’s life.

So another happy year in Walford full of festive cheer.

What are you looking forward to in EastEnders this Christmas? Leave us a comment on our Facebook page @EntertainmentDailyFix and let us know what you think!