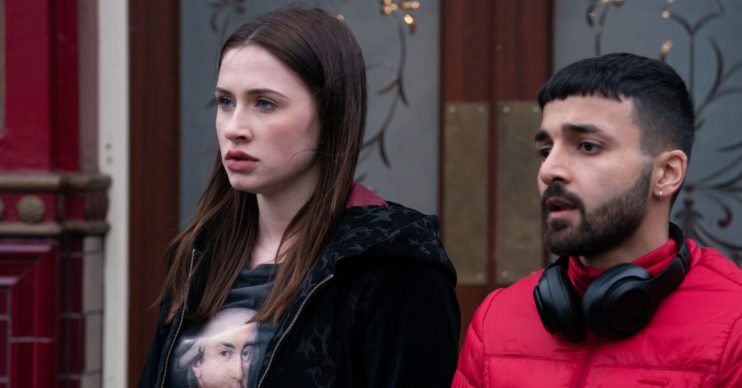 Filming on UK soaps has been suspended

EastEnders bosses have clarified rumours about the BBC soap’s return to filming.

Last month, the UK went into lockdown, meaning soaps, including EastEnders, had to stop production.

As a result of the lockdown, weekly episodes were reduced from four down to two.

Since filming was stopped, rumours have been circulating about when production will resume. But a spokesperson for the BBC soap has now clarified their position.

In a statement released to Digital Spy, they said: “No dates have been set for filming to resume and we will not return until it is safe to do so.

“We will continue to follow the latest news and advice from the World Health Organisation and Public Health England.”

It comes after reports that the soap would be returning around June.

An insider told The Sun: “Filming will have to resume at some point and bosses say June is the benchmark.

“With strict social distancing and extra precautions on set, they think EastEnders could make the transition.

“But they appreciate the health and safety of the cast and crew is paramount and should the lockdown restrictions be tightened, filming, will of course, not take place.

“However, bosses have decided that if filming and production can resume safely, it should go ahead.”

What’s coming up in EastEnders?

In next week’s episodes, Isaac demands Sheree tell him the truth about his father. Forced into a corner, she confesses Patrick is his biological dad.

Elsewhere, Kush grows concerned about Jean and discovers she hasn’t been taking her bipolar medication. He soon goes to desperate lengths to ensure she takes them.

Meanwhile, everyone is horrified to find an unconscious Bobby in the club. Dotty knows she could be in trouble if he confesses what really happened.

When Bobby wakes up, he lies to protect her. The next day, Bobby and Dotty meet and he asks her on a date.

Will she agree to go out with him after he saved her skin?