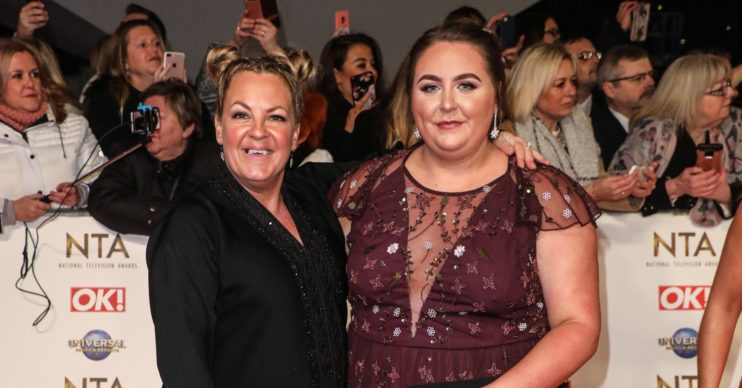 EastEnders actress Lorraine Stanley has shared a picture of a gift she received from her co-star Clair Norris.

On EastEnders, Lorraine and Clair play mother and daughter Karen and Bernadette. And in real life it appears the two have a strong friendship.

On her Instagram story, Lorraine shared the gift she has received from her on-screen daughter.

Lorraine wrote on the post: “Thank you @clair_norris” and “#bekind.”

Currently the cast of EastEnders are unable to film due to the coronavirus pandemic.

In isolation, Lorraine has been using her platform to try to get people to donate to Kit For Carers, which is raising money to provide PPE for carers and key workers.

She has also been encouraging her followers to help those to donate to catering company Bubble Food UK, who have teamed up with charities Fridge and Foodbank. They aim to donate 500 home cooked meals to the elderly and disadvantaged.

As well as trying to help raise money, Lorraine has also been spending time with her boyfriend Mark and daughter Nancy.

Recently, Lorraine shared a photo of herself when she was 18 and in college. She also revealed she went to college with her EastEnders co-star Emma Barton, who plays Honey Mitchell.

Although Lorraine is well-known for playing the hilarious Karen Taylor, Karen isn’t her first role on the soap.

In the EastEnders universe, Lorraine has played three different characters.

Read More: EastEnders, Casualty and Holby City are ‘not quite’ ready to resume production

Back in 2004, she played a young Mo Harris in the feature-length episode EastEnders: Pat and Mo.

Currently Karen has been left to care for her grandson Kayden after his mum Sharon gave him up.

However, Sharon’s friend Ian asked Karen to leave Walford with the baby, offering her cash.

Although Karen has been looking for a new place to live, will she be able to bring herself to leave?