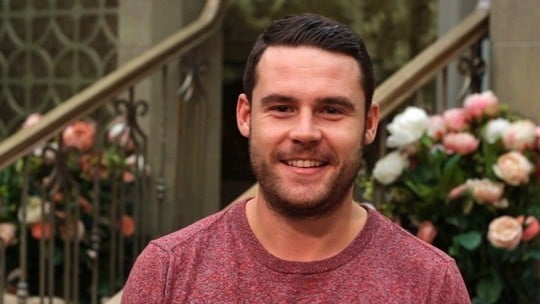 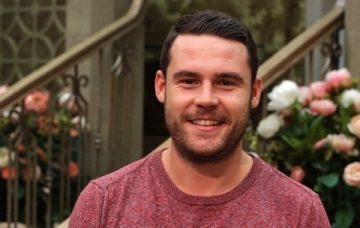 Danny Miller, who plays Aaron Dingle in Emmerdale, has said ‘it’s inevitable’ that his alter ego will move on from ex-husband Robert Sugden.

A few months ago, Aaron was devastated when Robert got life in prison for killing his sister’s rapist Lee Posner.

Since Robert’s imprisonment, he’s made sure Aaron can’t contact him and sent him divorce papers.

Aaron has been spiraling out of control getting no sleep, having one-night stands and getting into fights.

To help him clear his head, he’s gone to stay in Scotland with his cousin Debbie and great uncle Zak.

At the NTAs, speaking to Digital Spy, Danny spoke about the possibility of a future romance for his character.

When asked how he would feel if he got a new love interest in the future Danny said: “I mean soaps are one of those things where it needs to move on and it needs to tell stories and stuff so it’s inevitable at some point I think.

Some fans have predicted there will be a love triangle between Aaron, Robert’s sister Victoria and Lee’s brother Luke.

Others think Luke and Aaron will fall for each other.

Currently Danny is taking a break from the soap whilst his character is away but revealed he will be back filming soon.

How do you feel about Aaron moving on?

Do you miss Robert in Emmerdale? Leave us a comment on our Facebook page @EntertainmentDailyFix and let us know what you think!