Victoria Sugden is currently the longest-serving female character to appear on Emmerdale, with 25 years in the village already under her belt.

During that time she has packed in some huge storylines, including falling through ice and finding a dead body, falling in love with husband Adam Barton, only for him to skip the country, and accidentally running over vicar Ashley Thomas and leaving him for dead.

But while Victoria might have had her fair share of drama over the years, not to mention a doomed love life to boot, she's no victim. Victoria is quick-witted, fiercely loyal and a fabulous friend to those she holds dear.

Here's a quick round up of what she has been up to during her two and a half decades on our screens...

When was Victoria Sugden born? 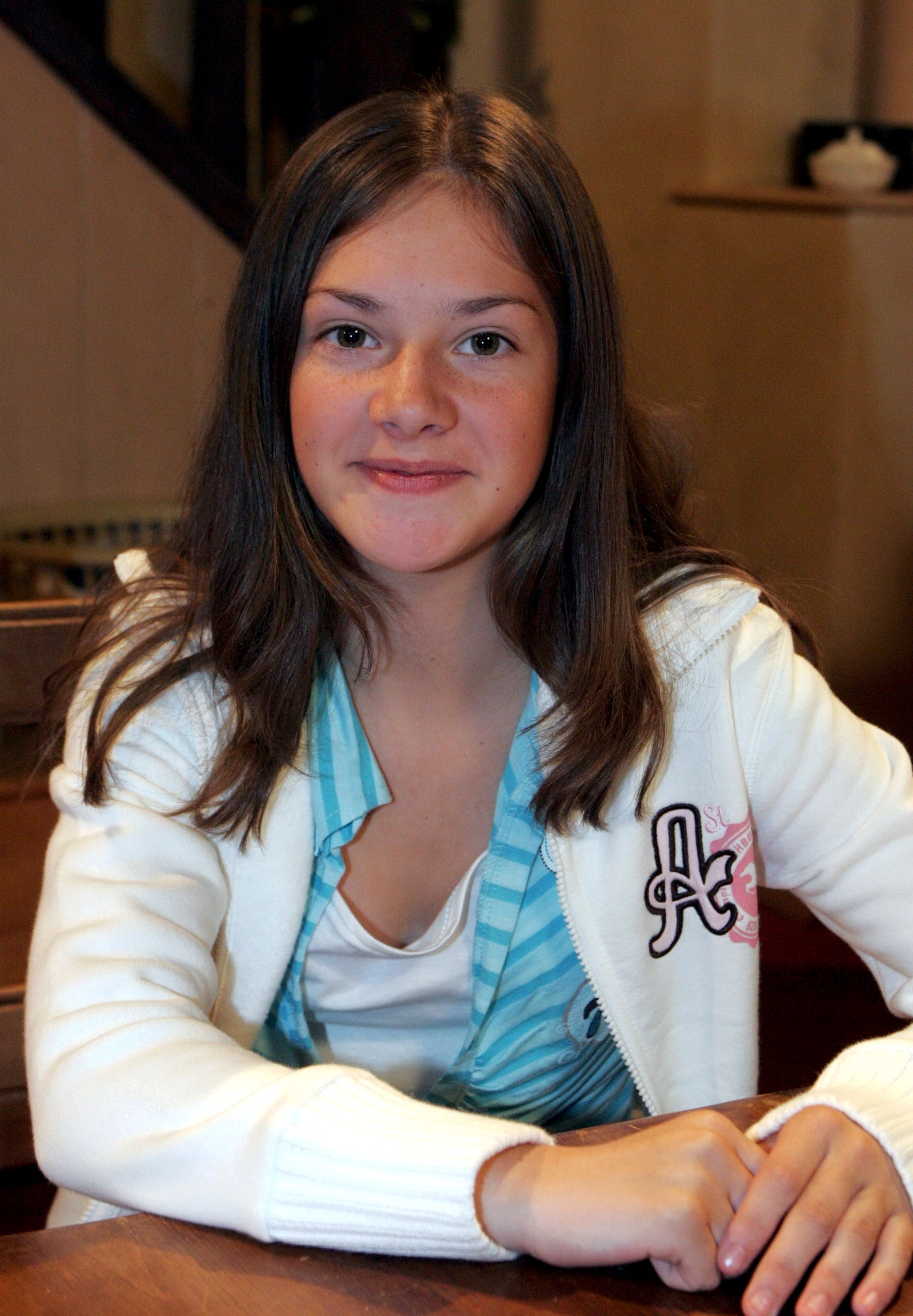 While the Victoria we know and love on our screens these days has been played by actress Isabel Hodgins since 2006, the character was actually played by two other people beforehand.

The character's first appearance was in March 1994 as a baby, and originally played by Jessica Heywood from 1994 - 1996. Victoria's parents were Jack Sugden and Sarah Connolly (later Sugden), and within weeks she was the centre of a huge storyline when she dramatically stopped breathing due to a hole in her heart and was forced to undergo emergency surgery.

The next actress to be cast in the role was Hannah Midgley, who played Victoria for 10 years, between 1996 and 2006.

Who were Victoria Sugden's parents, Jack and Sarah? 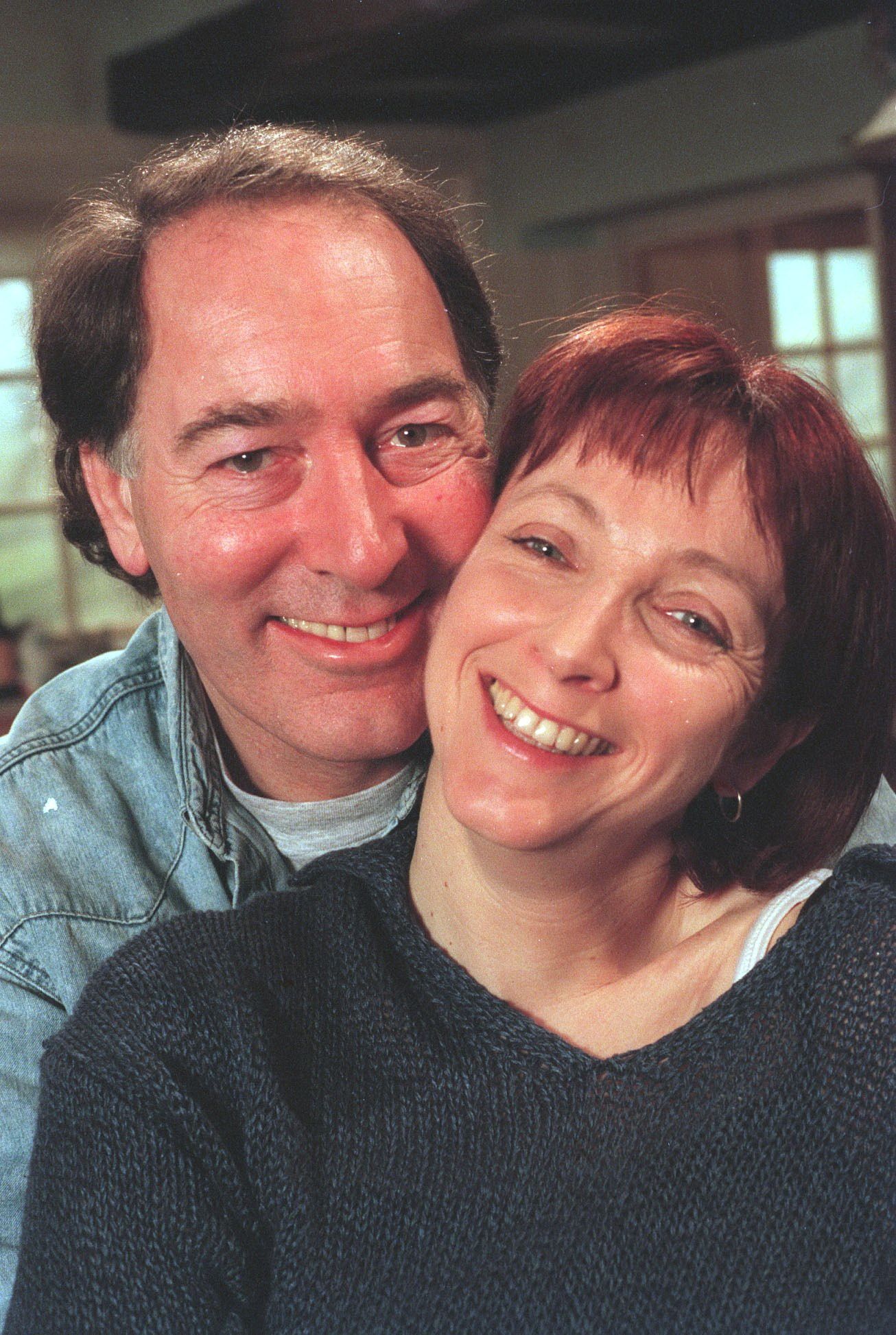 Jack and Sarah Sugden have both departed this world (Credit: ITV/REX/Shutterstock)

Victoria's mother's death in 2000 went down in Emmerdale history when she died in a barn fire started by adopted son Andy, which he set ablaze for insurance reasons. Jack found himself in the frame for the crime but was eventually cleared of arson and murder charges.

Sarah's death haunted Victoria for years and she eventually became so desperate to find answers about her mum's demise that she doused her home in petrol, before threatening to set the place alight unless her dad or brothers told her the truth.

Eventually Andy confessed to the crime, but the house went up in flames anyway when Jack tried to clean a wound on Victoria's head with a flannel and water, and turning on the hot tap made the house explode.

Victoria was left devastated when she discovered her dad, Jack, had died of a heart attack while in Spain in 2009, meaning that she had lost both of her parents before she'd even turned 15 years old.

Who are Victoria Sugden's brothers, Robert and Andy?

Victoria has a love/hate relationship with Robert (Credit: ITV)

Victoria's brother, Robert, made friends with Andy Hopwood when he came to visit the family farm on a day out with other children from the care home he lived in… and eventually the Sugdens adopted him.

Over the years the Victoria has had a rocky relationship with her siblings, but ultimately her brothers have looked out for her, with her returning the favour.

Victoria has always been supportive of Robert's relationship with Aaron, and backed him completely when he told her he was going to propose.

Adam was the love of Victoria's life (Credit: ITV)

Victoria and Adam's marriage was a rollercoaster of emotions. The pair were there for one another during some of the toughest times in their lives, with Adam giving Victoria an alibi for the time she thought she had run over, and killed, vicar Ashley Thomas while driving without a licence.

The biggest test in their relationship came when Victoria discovered Adam's affair with village vet Vanessa, which resulted in them having a child together.

But the pair rekindled their romance and decided to get married in secret with the help of Aaron. The love-up couple succeeded in pulling the wool over Victoria's brothers' eyes, leaving Robert and Andy fuming when they found out.

But sadly their marriage wasn't made to last, and Victoria's world came crashing down when Adam confessed to murdering Emma Barton in 2017.

She now knows he was covering for Emma's true killer, his mum, Moira Barton, but nonetheless Adam fled the village, leaving a devastated Victoria behind.

Other romances in Victoria's life include Daz Eden and even Aaron, who now just happens to be married to her brother, Robert!

What have been Victoria Sugden's biggest storylines? 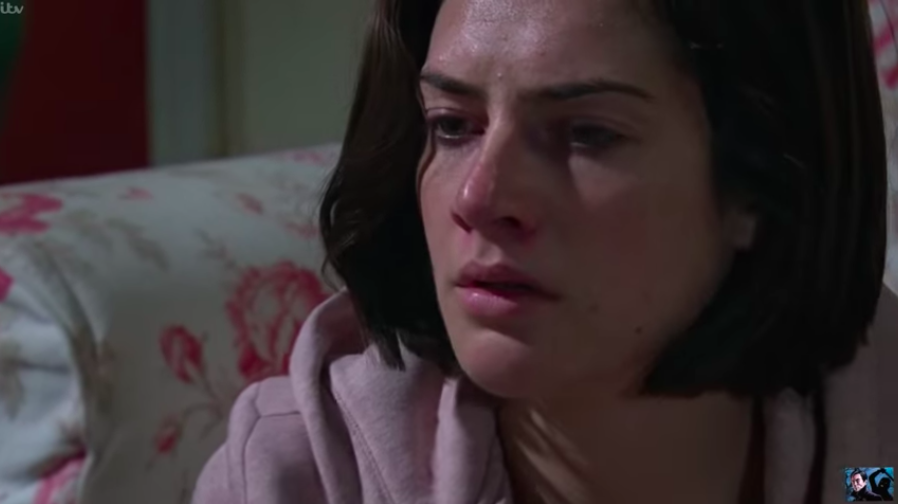 Fans were left heartbroken for Victoria as it was revealed she has been raped (Credit: ITV)

Victoria has had some huge storylines over her two and a half decades on Emmerdale.

From being placed in psychiatric care after setting her own home on fire, to falling through a frozen lake on Christmas Day in 2008 after messing about on the ice with other teenagers from the village.

Victoria already had a phobia of water after crashing into a lake in a car and almost drowning with Billy Hopwood when she was younger, but her fears were made worse when her second watery near-death experience resulted in her finding a dead body under the ice belonging to missing police officer Shayne Doyle.

Victoria has most recently found herself at the centre of a huge storyline recently after a night out in town ended with her being raped.

Where does Victoria Sugden work? 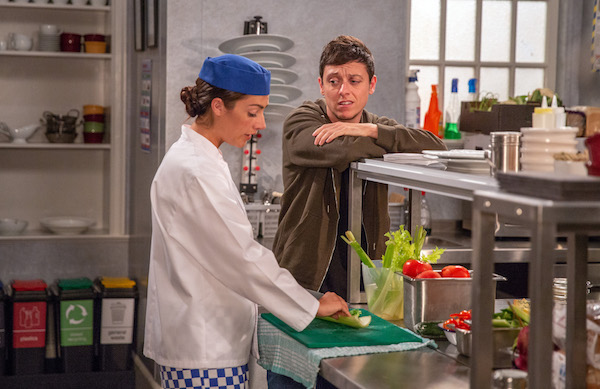 Victoria has been working as a Sous Chef since 2014 (Credit: ITV)

Victoria has worked as a B&B receptionist, a barmaid, and a shop assistant, but her calling came in early 2014 when she started working at The Woolpack, training as a Sous Chef with the guidance of pub cook Marlon Dingle.

Fast forward five years and Victoria might have dabbled in other career choices, but she is still cooking up a storm in the pub kitchen with Marlon. 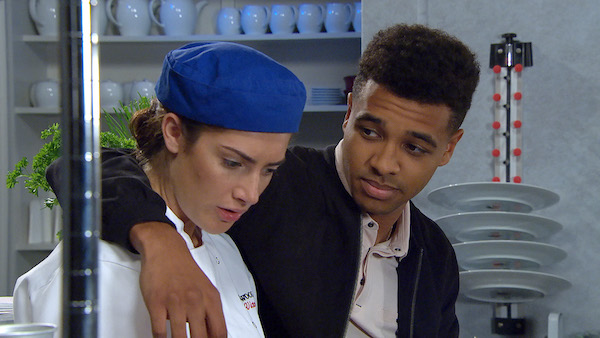 After spending the night with Ellis Chapnam recently, Victoria was forced to confess she was a little 'rusty' in the bedroom after not dating anyone since her husband Adam left...

"I haven't been with anyone since Adam and, although he's started again with some new girl, I still feel guilty about last night."

When Ellis asks if she would like him to stick around, she replied: "While Rebecca is lovely, I do get sick of repeating myself, and I could do with a mate. But not Matty because he's related to Adam, and not Marlon because he just makes me eat chips!"

What is your favourite Victoria moment? Leave us a comment on our Facebook page @EntertainmentDailyFix and let us know what you think!