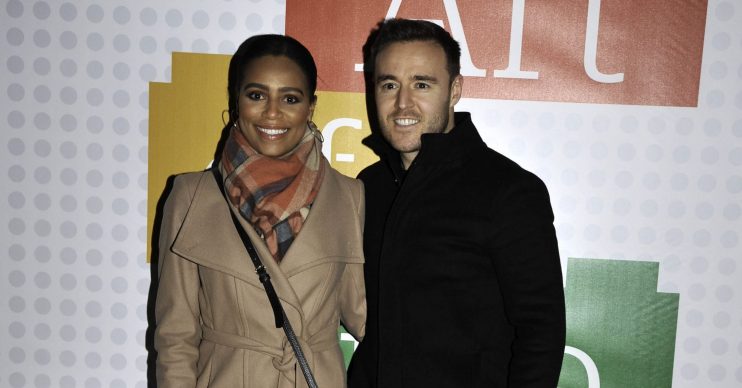 Alan Halsall, who plays Tyrone Dobbs in Coronation Street, and his girlfriend Tisha Merry have shared pictures from their idyllic holiday.

He captioned the post: “A holiday is having nothing to do and all day to do it in.”

Colson Smith, who plays Craig Tinker on the ITV soap, wrote: “I’ll be getting valuable practice in while you’re away,” with a badminton racket emoji.

Ryan Thomas, who played Jason Grimshaw from 2000 until 2016, commented a red love-heart emoji.

Tisha also shared a video and pictures from their holiday.

The actress stunned in a black bikini on the beach.

In one clip she said: “Let’s move here, Alan Halsall!”

Recently the couple left fans in stitches as Alan did Tisha’s make up on her YouTube channel.

Alan was previously married to fellow actress Lucy-Jo Hudson, who also appeared in the ITV soap from 2002 until 2005.

Alan and Lucy split in 2018 and confirmed they were divorcing but revealed they were remaining friends and devoted parents to their daughter Sienna Rae.

Since splitting with Alan, Lucy-Jo has also moved on with boyfriend Lewis Devine and the pair are expecting their first child together.

Despite being pregnant, Lucy-Jo recently made a return to Hollyoaks after her character was released from prison.

After Breda McQueen was caught out as a serial killer and killed by her son Sylver, it was discovered Breda was the one who killed Mac Nightingale, not Donna-Marie.