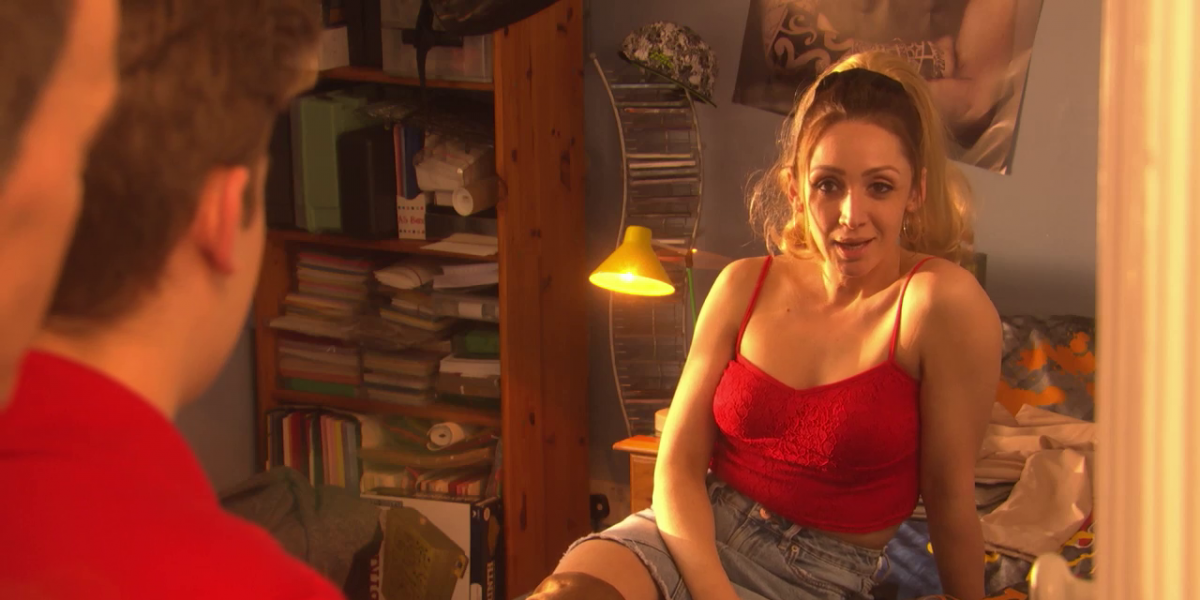 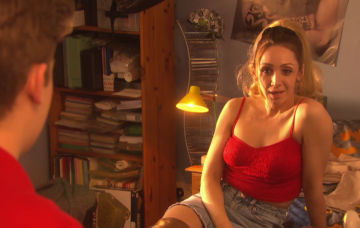 She's been spotted on set!

Lucy-Jo Hudson has given Hollyoaks fans hope that she’ll be returning to the E4 soap in the not-too-distant future.

The soap actress, 36, sparked rumours she’s making a comeback as Donna Marie Quinn after being spotted back on the set of the Chester-based serial drama.

Read more: Jennifer Metcalfe isn’t worried about her Hollyoaks character being killed off

Soap fans know that Lucy-Jo played the sex worker between 2018 and 2019, and was last seen on-screen in April.

Since then, actress Lucy-Jo has announced she is pregnant with boyfriend Lewis Devine’s baby.

But this week, she has been spotted at Lime Pictures in Liverpool.

She was pictured in snaps obtained by The Sun arriving at the studio covering her bump in a cream jumper over a black polka-dot maxi-tiered skirt worn with trainers.

Could she be returning to the soap?

Thanks for making me feel welcome, wonderful cast and crew!

The star announced she had left in April, posting on Instagram: “Goodbye @hollyoaksofficial it has been a real pleasure playing skanky Donna-Marie for the past 12 months.

“Not gonna miss the teeth that’s for sure… but thank you for making me feel welcome… Wonderful cast and crew!!”

While Hollyoaks has not confirmed whether Donna Marie will be returning, fans would like to see her back in the Chester village, with one writing: “Such a shame you left, I actually started to like Donna Marie.

“I was so looking forward to hopefully seeing Donna Marie change her life around and get clean off of the drugs and be the mum that Romeo and Juliet have longed for. I hope she comes back after getting clean in jail.”

Viewers know that Donna Marie is currently “banged up where she belongs” according to the actress who played her.

Lucy-Jo previously played Katy Harris in Coronation Street between 2002 and 2005.

She killed her own father Tommy with a wrench when he came between her relationship with Martin Platt.

Unable to cope with the guilt when her mum Angela was arrested, Katy took her own life.

It was on the ITV soap that Lucy-Jo met Alan Halsall, who plays mechanic Tyrone Dobbs.

They got married and had a daughter Sienna, but later divorced.

She is now dating actor Lewis, who she starred with in Snow White and the Seven Dwarfs pantomime at the St Helens Theatre Royal.

Alan is now living with Tisha Merry, who he met on the set of Corrie.

Would you like to see Donna Marie return to Hollyoaks a changed woman? Let us know on our Facebook page @EntertaimentDailyFix.