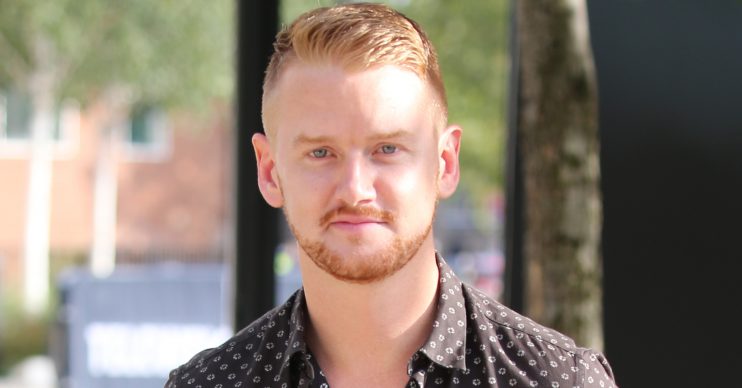 He and wife Rachael also told of the 'bizarre' labour

It was announced at the weekend that Coronation Street‘s Mikey North had become a father for the second time.

His wife Rachael Isherwood gave birth to a little girl in September, and now the couple have revealed their baby’s name in a cute photoshoot with OK! magazine.

The Gary Windass actor and his wife have called their latest addition Eliza, and they also opened up on the ‘bizarre’ labour during the interview.

Rachael told the publication: “I ended up being 16 days overdue, which was ridiculous,”

“They decided to finally induce me but we had to wait a few days for a bed to become free.”

She continued: “It was so bizarre going into hospital knowing I was going to have a baby as opposed to going into labour naturally,”

Mikey added: “It was the longest 16 days ever, it was like waiting for the end of time!”

He also went onto admit the labour was “a lot smoother” than when their first child, two-year-old Archie, was born.

Rachael lost 1.5 litres of blood during labour with Archie after one of her veins was severed during an episiotomy.

An episiotomy is where a surgical incision is made to enlarge the opening for the baby to pass through.

Happily, though, Archie was born a healthy little boy.

Previously, Mikey and Rachael had revealed Archie had chosen his new sister’s name.

The couple tied the knot in January 2016, three years after they’d met at a bar in Manchester.

Mikey is currently at the centre of some huge storylines in Corrie as his character has turned dark.

After being revealed as the factory roof saboteur in the accident that claimed the life of Rana Habeeb, Gary has since murdered loan shark Rick Neelan and taken over his role.

Gary now wields power over plenty of others, but girlfriend Maria has no idea how bad her man really is.