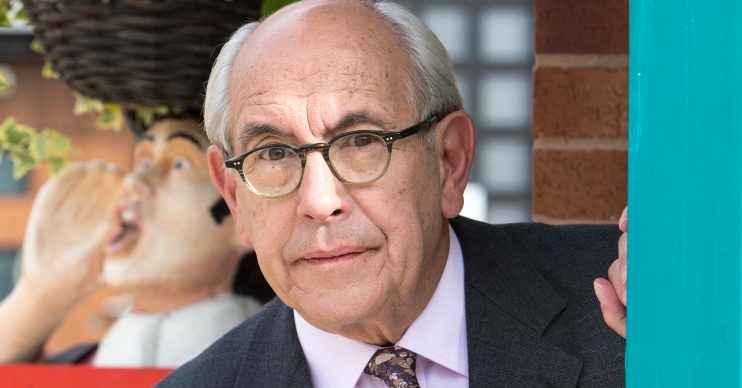 Actor Malcolm Hebden will be back again

Norris Cole is returning to Coronation Street in time for Rita Sullivan to be left for dead at Christmas.

Busybody Norris will be back later this month for when Rita realises she has no friends left in Weatherfield.

The newsagent is asked to look after an acquaintance’s cat but realises she has agreed to doing it when she had planned to visit Emily Bishop in Edinburgh.

She struggles to find anyone to feed the cat for the few days she will be away and realises she has become socially isolated.

Read more: Coronation Street SPOILERS: Daniel left for dead after being run over

However when it’s revealed Emily has fallen ill and won’t be able to receive visitors Rita is left at stuck at home.

And when she runs into Norris who is visiting the cobbles but hasn’t told her, she’s left feeling even more down in the dumps.

It was previously reported how Rita would be left for dead over Christmas when she falls at home and can’t get help.

With everyone convinced Rita has gone away for Christmas, no-one visits to see if she’s alright.

Could Norris pop back to save Rita, and perhaps stay for longer and move into her flat?

Soap boss Iain MacLeod had previously spoken of his wish to bring Norris back as and when the actor’s schedule would allow it.

He said earlier this year: “Norris is not leaving the show, we just thought that given the circumstances that we find ourselves in, it made sense to put a family in number three.

“It’s certainly not the end of Norris.

“Definitely in Norris’s case the hope on my part, and I think on his, is that we can bring him back in for good.”

Do you want Norris back for good on the cobbles? Leave us a comment on our Facebook page @EntertainmentDailyFix and let us know what you think!