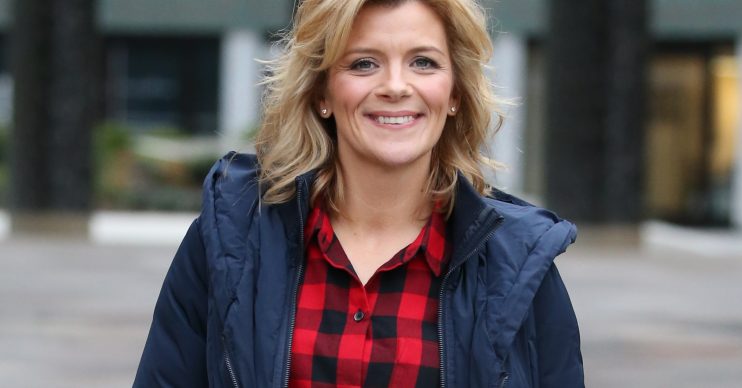 They're as happy as they day they met

It’s been 20 years since Coronation Street star Jane Danson met her husband Robert Beck and to celebrate she’s shared a gorgeous throwback picture of them together.

Jane, who has been on the cobbles on and off for 22 years, often shares pictures of her hubby online.

A couple of days ago she posted a snap of them relaxing in the sunshine.

And last year she celebrated their 13th wedding anniversary by posting a picture of them cutting their wedding cake.

Jane has made no secret of the fact she had a crush on her husband, who used to appear in Brookside, before they even met!

“Years later, when we met for the first time, I was biting my tongue the whole time. I kept thinking, ‘Don’t mention the sticker!’. But there was no way I could keep it from him.”

The Leanne Battersby actress seems to be far more settled off-screen than she is on it.

Leanne is currently trying to make things work for about the 10th time with twice-ex husband Nick Tilsley.

But Nick is keeping a lot of secrets from her – mainly that he stole his grandma Audrey’s £80K and pinned it on her dead lover, Lewis Archer.

He’s also being rumoured as the Corrie super-villain who sabotaged the factory roof, causing the death of Rana Habeeb.

What do you think of Jane’s throwback? Leave us a comment on our Facebook page @EntertainmentDailyFix and let us know what you think!