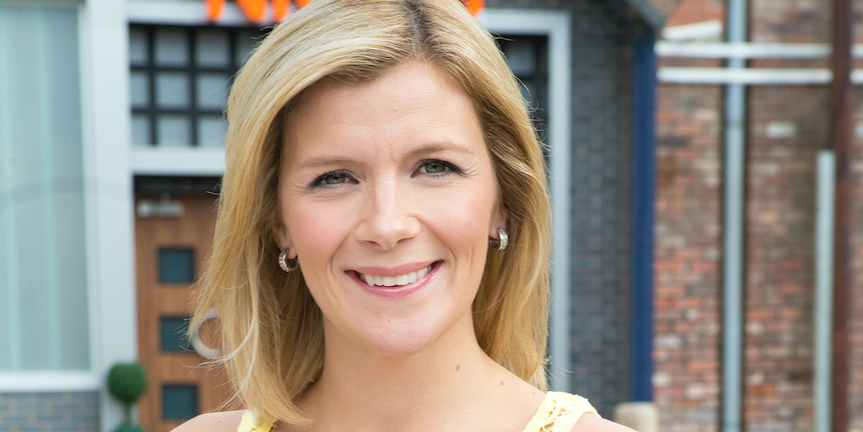 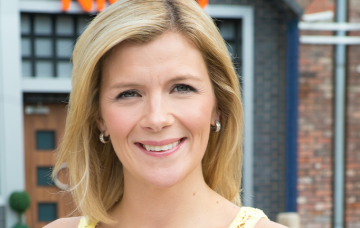 She's played Leanne for over 20 years

Jane Danson is best known for her role as Leanne Battersby on the ITV soap Coronation Street.

Jane has been involved in some hard-hitting storylines from being abused by her son to carrying her friend’s husband’s baby, and having possibly the most on-off relationship in Corrie history with Nick Tilsley.

Here are 10 facts about the actress who has played Leanne for the last 22 years.

Jane was born on November 8, 1978 in Bury, Greater Manchester and her real surname is Dawson.

Jane has been married to her husband Robert Beck since 2005. Robert is also an actor and has appeared in Coronation Street, Brookside, The Bill and Waterloo Road.

In 1999 he played Gavin Ferris in Emmerdale for 29 episodes. The pair met at the first ever British Soap Awards in 1999, with Jane later declaring she’d had a crush on him since she was 15.

They have two children together – 12-year-old Harry Alexander Jack, and Sam Alfie Robert who is 10-years-old. In December 2018, Jane told OK! magazine she had miscarried her third child and found out at the three month scan.

Jane first arrived in Coronation Street in 1997 when she was 18-years-old.

She arrived as part of the noisy and reckless Battersby clan. Along with dad Les, stepmum Janice and stepsister Toyah, they were hated when they first arrived, but the public soon grew to love the raucous bunch.

Leanne’s character has definitely matured over the years, growing up and becoming a mother, however, she hasn’t lost her fiery attitude.

4. Jane is currently on Dancing On Ice

Jane is currently taking part in the eleventh series of Dancing On Ice. She is partnered with her co-star’s husband Sylvain Longchambon who is a professional on the show.

Her Corrie co-star Samia Longchambon took part in the eighth series of the show and was partnered with Sylvian herself. They began a relationship and went on to marry. The pair have a son together, Yves, three, and Samia has daughter Freya, from her previous marriage.

5. She is close with her Corrie co-stars

Jane and Samia are actually close friends in real life. However, their on-screen Corrie characters didn’t always get on.

Back in 2004, Leanne dragged Maria out of the Rovers by her hair after Maria started going out with Leanne’s ex, Jamie Baldwin.

The pair can often be seen in pictures together. Samia even starred in Jane’s first Instagram picture.

Jane made her TV acting debut at the age of 12. She played Eileen Critchley in the 1991 Alan Bleasdale drama GBH. At the time she was credited as Jane Dawson.

Other TV appearances include children’s sitcom Out of Tune which was shown on CBBC, and the first ever episode of BBC’s Hetty Wainthropp Investigates.

In 1997, she played Monica Jones for seven episodes of ITV period drama The Grand.

7. She loves a musical

The musical The Greatest Showman starring Hugh Jackman, Zac Efron, Zendaya, Michelle Williams and Rebecca Ferguson, was released at the end of 2017 and Jane loved it so much she went to see it twice.

She tweeted it was quite possibly the best musical she’s ever seen.

So had to see the @GreatestShowman AGAIN just because its quite possibly the best musical i have ever seen , oh and the best cast! Goals 😍❤️@RealHughJackman

8. Viewers thanked her for her abuse storyline

Back in 2016, Leanne’s adopted son Simon began getting very aggressive and started physically and mentally abusing her.

During a This Morning interview with Holly and Phil she told how she would get messages on Twitter about the storyline.

She said: “I’ve had a lot of reaction on Twitter from people saying ‘oh I’m really enjoying the story because’ I don’t know if enjoying is the right word but you know it’s portraying something that does happen and hopefully we’ve done it justice.”

9. She appeared on Soapstar Superstar

Jane is no stranger to reality TV as before Dancing On Ice, she appeared on the second series of British reality singing competition Soapstar Superstar.

The show only ran for two series.

Jane performed The Pussycat Dolls hit I don’t need a man, but judge Martine McCutcheon felt it wasn’t the right song choice, which Jane agreed with.

She was voted out of the show following the performance after going head to head with Corrie co-star Tupele Dorgu.

10. She was scared to leave her house for a year

When Jane’s character Leanne first arrived on the Cobbles she was afraid to leave the house fearing public abuse for being the gobby “neighbour from hell”.

She revealed this to The Mirror when she was celebrating her 20 years on Coronation Street.

“I’d be scared of someone throwing a drink in my face,” she said as she opted to stay at home rather than going out partying. “Coping with the attention was terrifying.”