Actress Kym Marsh, who stars in Coronation Street, has shared adorable pictures of her daughter Polly and baby grandson Teddy.

Kym posted the picture of Polly cuddling her nephew to her Instagram page.

The 43-year-old captioned the post: "My baby and my grandson."

My baby and my grandson.

A second commented: "Both are adorable."

Kym has son Dave and daughter Emilie from her relationship with Dave Cunliffe.

Polly is daughter of Kym and her actor ex-husband Jamie Lomas. Jamie and Kym also had a son named Archie who was born 18 weeks prematurely and sadly passed away.

Teddy is the son of Kym's daughter Emilie and and her boyfriend Mikey Hoszowsky.

Earlier this year, Emilie announced she was expecting her first child with boyfriend Mikey.

Back in February Kym announced she had quit Coronation Street after 13 years.

The former Hear'Say singer told The Sun newspaper: "When I was lucky enough to be offered four episodes I could never in my wildest dreams have thought I'd be here 13 years later. 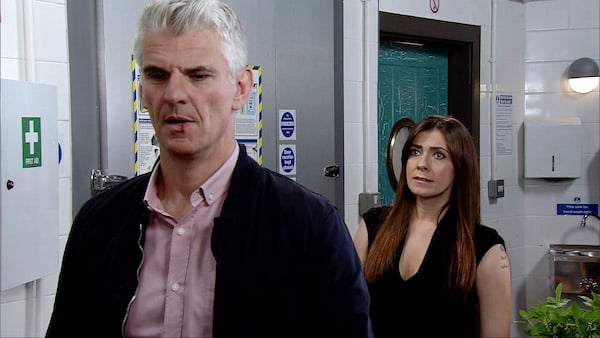 Kym's departure from the show was confirmed by Corrie executive producer John Whiston, who said he was "sad" to be losing her from the show, but "totally understands" her desire to head off into new ventures.

He said: "Kym has done a fantastic job. She has brought incredible heart and humanity to some hugely important stories.

"We will be really sad to lose her when she goes but totally understand that, after dedicating herself to the show for so long she now fancies trying something else."