Roy Cropper's newfound relationship with his long-lost brother Richard was cut tragically short last night, when he was found dead in Coronation Street.

On Wednesday (December 18), Roy arrived at his brother's flat and discovered him dead on the floor after dying alone - and viewers were heartbroken for him. 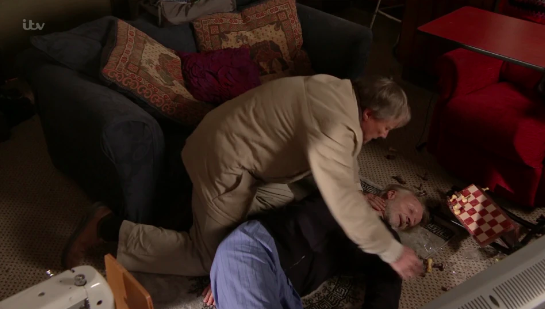 When the paramedics arrived, they tried and sadly failed to save his life.

In a tragic twist, Roy was suppose to have been with his brother after promising Nina not to leave him alone. But he was called to the cafe to sort out a leaking freezer.

How sad was Corrie tonight? Oh gosh my heart.

Viewers watched in horror and despair as Richard gasped and collapsed on the floor in his absence. 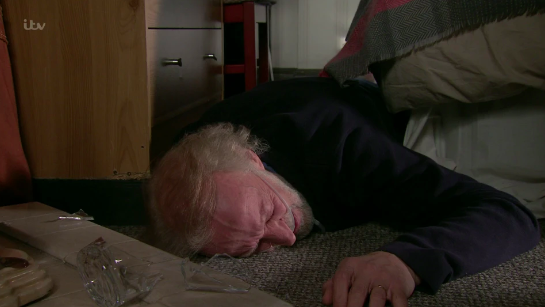 Richard collapsed on the floor and couldn't be saved by the paramedics (Credit: ITV)

When poor Roy came through the door apologising for being away "longer than intended", he was distressed to see his brother's lifeless body.

When paramedics pronounced Richard dead, Roy looked devastated and clearly began to blame himself for the death - believing his brother would still be alive if he hadn't left to fix the freezer.

Viewers know that Roy only recently discovered his secret brother thanks to a game of online Scrabble, and the pair found they had a lot in common. 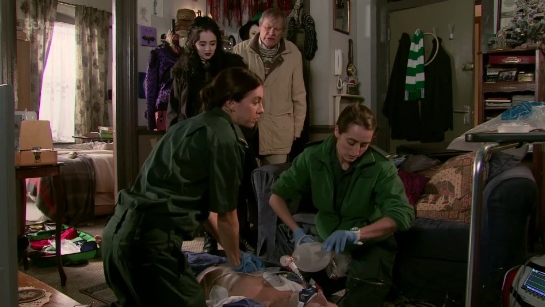 Expressing their heartbreak on Twitter about Richard's tragic death, one fan wrote: "I'm actually about to cry. I know it's not real, but I've loved the relationship they've been building. I really hope Nina and Roy form a really close bond now."

Another said: "Feel so sorry for Roy, he just got to know his half brother."

A third added: "Absolutely gutted about Richard. Roy will never forgive himself and I'm not sure Nina will either."

"Absolutely gutted the only brother he had," lamented one more, while another said: "How sad was Corrie tonight? Oh gosh my heart. Rita at the end and Roy losing Richard."

It is very 😢💔. Wish I hugs Rita and Roy. It affects me bit as it same happened to my late Dad when he died in his bedroom in the care home. But I not blaming Corrie. I love Corrie so much!!

I’m actually about to cry. I know it’s not real but I’ve loved the relationship they’ve been building. I really hope Nina and Roy form a really close bond now.

Another said: "I did not think Roy would leave him alone like that, seems out of character for Roy."

Fans will now be watching the relationship between Roy and his niece Nina, with spoilers hinting that she eventually moves in with him.

Were you moved by this storyline? Leave us a comment on our Facebook page @EntertainmentDailyFix and let us know what you think!