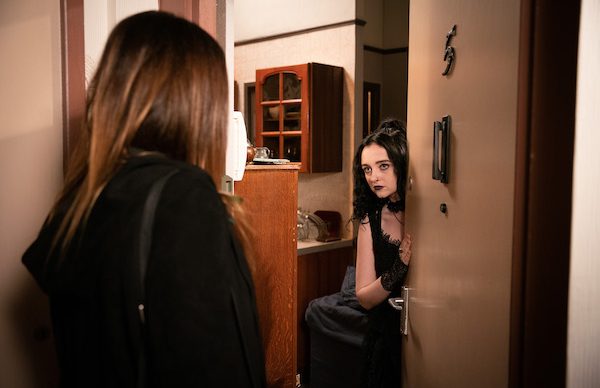 It looks like Roy’s life could be changed forever when he meets his long-lost brother Richard and niece Nina in Coronation Street.

Corrie fans have seen Roy recently take a shine to playing online Scrabble, leaving his friends worried that he is becoming addicted to the game.

But it turns out there is another reason for playing the online game.

Next week Roy admits to Carla Connor that the reason he’s addicted to the game is because he’s convinced his online opponent is his brother.

Roy confesses that he has been doing some research and has discovered that his mum Sylvia had a son, Richard during her secret affair, which he uncovered earlier this year following her death.

Roy found his mum put his brother up for adoption as he was the result of forbidden love.

Now the cafe owner is convinced he has managed to track him down after all this time. But when Richard disappears from the internet, Roy worries something bad has happened to him.

Roy tells Carla that he has an address for Richard and Carla insists that they should go to see him. But when they get to the front door, Roy is shocked when a young woman answers.

He explains that he is looking for Richard and leaves out the bit that he believes he would be his long-lost brother. But Nina tells him that she doesn’t know anyone called Richard and shuts the door.

When she gets back inside the house, Nina tells her dad, Richard, that it was just someone collecting for charity at the door and they carry on with their game of Scrabble.

However, both Roy and Carla are convinced that Nina is hiding something and later they go back and knock again.

This time they are let in by a care worker who reveals Richard is suffering from pulmonary fibrosis.

But before Roy can reveal the real reason for his visit Nina comes home and Roy realises he has a niece, but she isn’t impressed to see him and Carla.

The first time he meets Richard, Roy just tells his brother he is his online Scrabble partner.

But he is adamant that he’s going to tell the truth and eventually goes back for a third time… this time ready to admit they are half brothers.

Nina isn’t happy about Roy’s sudden appearance, and even when Carla tells her that she would be lucky to have Roy in her life, she is still cold towards the pair.

But could we see Nina eventually develop a bond with her new Uncle Roy and eventually make a move to the cobbles?