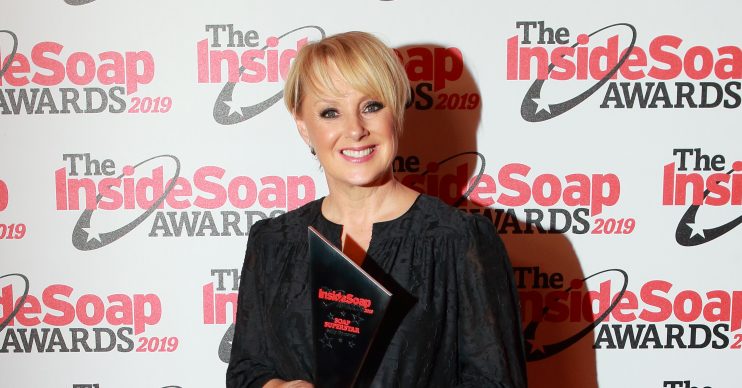 Actress Sally Dynevor, who plays Sally Metcalfe in Coronation Street, has shared pictures of her son Sam as he graduated university.

So proud of my beautiful son #graduationday

She captioned the post: “So proud of my beautiful son #graduationday.”

Sam is Sally’s middle child. Her youngest is Harriet and her eldest is actress, former Waterloo Road star, Phoebe Dynevor.

Last month, Sally made it to Mount Everest’s base camp for Prevent Breast Cancer charity.

Earlier this year the actress revealed she would be taking on the challenge of trekking to Mount Everest base camp in aid of the breast cancer charity.

Posting on the Virgin Money fundraising page, Sally explained: “On the 9th November 2019 I’ll be embarking on the Everest base camp trek in aid of my charity, Prevent Breast Cancer.

“The timing of this trip is particularly significant as it marks the 10 year anniversary of my breast cancer diagnosis in November 2019.

“My on-screen character Sally Webster was struggling with a breast cancer diagnosis, which gave me the motivation to see my doctor.

“I was then diagnosed by the Consultant Breast Surgeon Lester Barr who is the founder of Prevent Breast Cancer.”

She went onto explain that she hadn’t undertaken the decision to trek to the base camp lightly and would be self-funding the trip so all the money she raises goes to charity.

Back in September, Sally shared training photos from a hike up Scafell Pike in the Lake District.

So proud of my beautiful son #graduationday.

Alongside training to go up Mount Everest, Sally has been busy on the cobbles and her alter ego was recently shocked to discover that her husband Tim was a bigamist.

Although the pair got married in 2015, Tim had no idea he was already married.

After Tim’s dad Geoff returned from Las Vegas married to girlfriend Yasmeen, Tim realised Vegas weddings are real and he had married a flight attendant named Charlie Wood 15 years ago.

After talking to Charlie about getting a divorce, Tim told Sally he wanted to renew their vows, but secretly he was planning that as a wedding, which would take place after his divorce.

But when Imran told him his plan wouldn’t work, he was forced to come clean to Sally about his other wife.

Sally was left furious with Tim, will they be able to save their relationship?