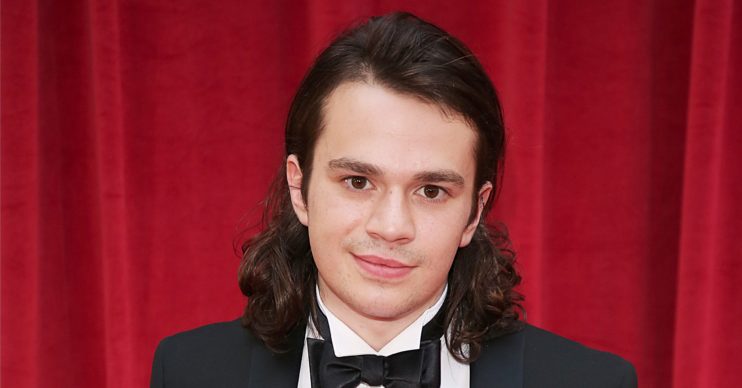 He captioned the post: “Mia ragazza” which roughly translates to “my girlfriend” in Italian.

On wrote: “Damn you are one beautiful lad.”

A second commented: “Posh and Becks who?”

Just a few weeks ago, Harry posted a picture in his Corrie dressing room confirming he’s back to work on the soap.

Coronation Street: What storylines will Harry and Seb be involved in?

Over the last few months, Seb has been stuck in an awkward living situation with his two ex-girlfriends Alina and Emma.

Seb and Emma began a relationship and when Alina moved back to Weatherfield, they offered her a place to stay.

However when he and Emma split up, he refused to move out and has since struggled to find another place to live.

Meanwhile, his family life is set for some drama. Recently his mum Abi discovered her twins, Charlie and Lexi, are emigrating to Australia with their adoptive parents.

Later this week, Abi tells Seb that his siblings are moving abroad. Shocked, he calls social services. He tells his mum the twins’ adoptive parents are happy for them to meet to say their goodbyes. What will Abi do?

Later Kevin asks Abi to move in with him and Jack and she is delighted. However Seb is angry that she’s move on so quickly from her kids to Kevin’s.

Read More: Coronation Street SPOILERS: Yasmeen to die ahead of her trial?

Next week, Sally watches sadly as Abi packs up her things to move into No.13. Abi thanks her for making her so welcome and assure her their friendship won’t change.

Abi moves in with Kevin and Jack and offers to cook them dinner. She also invites Seb to join them.

Later, Emma points out to Seb that you only get one mum in this life and he should take her up on her dinner invitation. Will he listen to her?