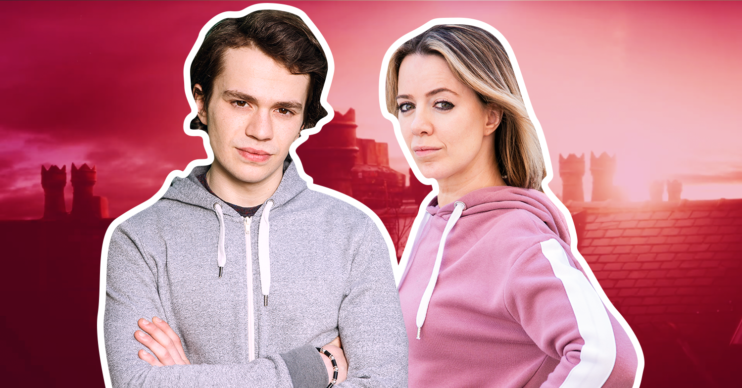 Abi lost custody of her children back in 2017

In next week’s Coronation Street, Abi and Seb receive some devastating news about the twins Charlie and Lexi.

Tonight, when Kevin receives a call for a breakdown, Abi recognises the name as the twins’ adoptive dad and says she is too busy to go. Kevin is surprised by what he finds out.

In scenes that air next week, the mechanic breaks the news to Abi that her twins are emigrating to Australia leaving her knocked for six.

Kevin later urges his girlfriend to meet up with her children one last time before they go or she’ll live to regret it. Realising Seb needs to know about his siblings, Abi breaks the news that Charlie and Lexi are moving abroad.

Clearly shocked, Seb heads off to make a call to social services. Seb tells Abi that the twins’ adoptive parents are happy for them to meet with the kids to say goodbye. What will Abi do?

Later Kevin asks Abi to move in with him and Jack and she is delighted. However Seb is angry that she has moved on so quickly from her own kids to Kevin’s.

Abi’s history with her children

Viewers were first introduced to Seb in 2016 and it was later revealed he is the one who looked after his siblings.

At the time, Abi was very different to the character we know now. She would often drink while the kids were in her care and use drugs. On top of that, her boyfriend, the twins’ father Darren, would abusive towards her and Seb.

Abi did start to get her life back on track but ended up serving some time in prison after she took the blame for vandalising Tracy’s flower shop – which was done by Seb.

Seb did try to get custody of the twins but he was unable to and Abi allowed her two youngest kids to be adopted.

During her time in prison, Abi became friends with neighbour Sally Metcalfe, who was also inside for a crime she didn’t commit. When they both came out, Sally offered Abi a place to live at her home.