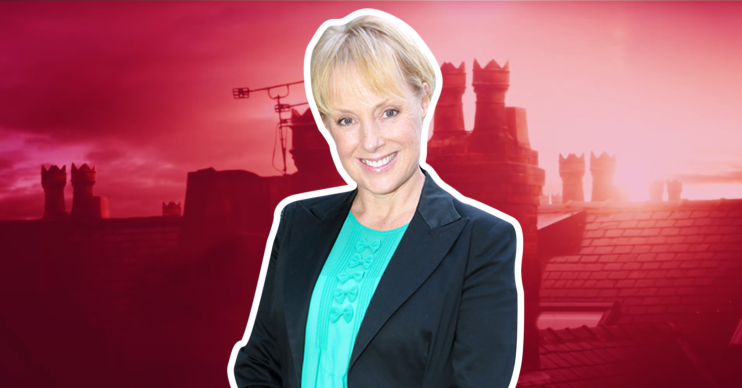 It's not just lockdown differences eagle-eyed fans have spotted

While eagle-eyed soap fans have spent the last few weeks picking up on the differences between pre and post lockdown scenes, this time it was a different kind of mistake they saw.

It happened when Tim walked in on Sally and Geoff rowing over Yasmeen’s prison visit in Wednesday night’s trip to Coronation Street (July 8). Tim asked his dad to leave so he could talk to Sally alone.

But it turned out Tim wasn’t on her side.

“How could you do that?” he said. “If it wasn’t bad enough kicking him out and forcing me to take sides, this is another level. I know he shouldn’t have shouted at you like that, but if you think I’m going to back you on this…”

But the dramatic scene as Sally tried desperately to make her husband see Geoff was the abuser and Yasmeen was the terrified one, was overshadowed for some viewers by the kitchen clock!

Keenly looking for errors, they spotted that the clock on the oven kept changing back and forth in time between the scenes.

One fan even admitted lockdown had them spotting all sorts of things!

@itvcorrie massive continuity error on tonight episode. The clock on the cooker behind Sally in the first half kept changing time back and forwards during the scene. Lockdown got me spotting all sorts of things. #itvcorrie #continuityerror #corrie

Sally and Tim need to have a look at their oven, the clock was all over the shop #Corrie pic.twitter.com/Pyk3DKMcwI

Other continuity errors in Coronation Street

On Monday night (July 9), fans were baffled when Nick’s appearance changed within minutes.

In the first scene, Nick chased Leanne across the cobbles first thing in the morning to calm her down after Oliver had spent the night at Steve’s.

Nick was clean shaven and had silver hair.

But in the next scene, later in the day, he had short brown hair and a full-grown beard!

Of course, it’s because some of the scenes filmed post-lockdown are now starting to creep in.

With the stars having to do their own make-up and hair and having spent three months in lockdown, there’s bound to be some differences.

Corrie has previously said they hope viewers will understand why things might look different.