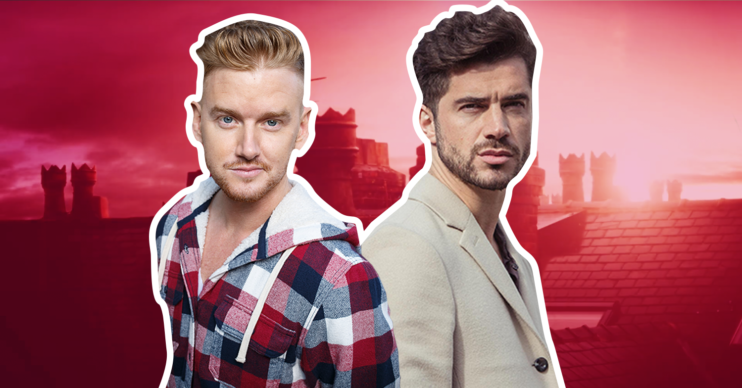 Coronation Street SPOILERS: Adam in danger as he confronts Gary?

Adam has been suspicious of Gary's connection to Rick's family

In next week’s Coronation Street, Adam confronts Gary over his dodgy behaviour. But could he be end up being Gary’s next victim?

In upcoming scenes Gary calls in at the factory and announces he’s putting the rent up, leaving Sarah furious.

Laura explains to Adam how Rick sends her money via his minions and she doesn’t ask any questions.

But when Sarah mentions Gary’s outrageous rent demands to Adam, he’s given food for thought.

Later, Gary goes back into the factory to discuss his rent demands.

But Adam confronts him and says it’s obvious that he’s involved in some dodgy deal and that’s why he’s desperate for cash.

Gary continues to insist on a 30% rent hike for the factory. Meanwhile Adam sweet talks Laura into telling him how she gets the money from Rick.

When Laura shows him the key to her safety deposit box, he secretly takes a photo of it on his phone. Is he getting closer to finding out the truth?

Adam and Sarah – getting closer to the truth

Fans know Gary killed loan shark Rick last year and began telling people that Rick fled abroad as the police were after him.

While Sarah is unaware of what her ex-boyfriend did, she has her suspicions. However Gary knows that Sarah was involved in Callum Logan’s death and cover-up.

Kylie Platt, who is now dead, killed Callum as he attacked Sarah. Sarah and David then put Callum’s body under the annex, but it was found months later.

Speaking about whether Gary would use that secret to stop Adam and Sarah, Corrie boss Iain MacLeod said: “Interesting! I think the short answer is yes, in a way. That’s certainly part of what we’re writing in scripts.

“Gary is not the only person to have nefariously disposed of a body. That does become significant. I won’t say any more about it than that.”