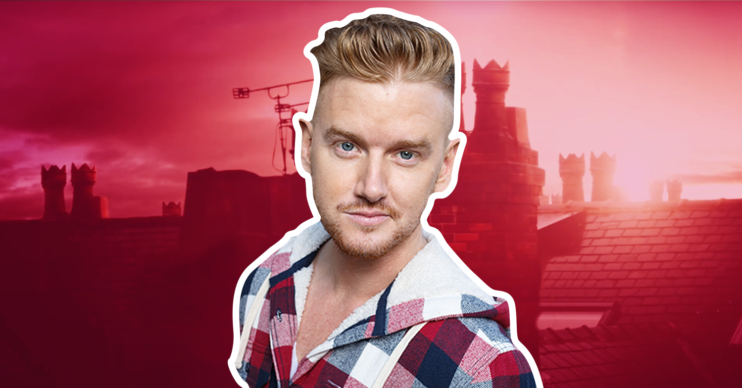 In upcoming Coronation Street, the walls begin to close in on Gary as someone comes close to finding Rick’s body.

In next week’s episodes, Adam approaches his nemesis Gary and accuses him of killing the missing loan shark. Gary is dismissive but clearly rattled.

Later Gary discovers Brian is taking his metal detector to find some Roman coins around the place where Rick’s body is buried. In a panic, he tries to persuade the shopkeeper not to go.

But what lengths will he go to to keep his secret? Will Brian be the one to uncover Rick’s body?

Coronation Street: What happens for Gary in this week’s episodes?

In this week’s episodes, Gary causes trouble at the factory when he announces he’s putting the rent up. This leaves his ex-girlfriend Sarah furious.

Meanwhile Laura explains to Adam how Rick sends her money using his minions and she doesn’t ask any questions.

But when Sarah mentions Gary’s outrageous rent demands, Adam is given food for thought.

Later Gary goes back to the factory to discuss the rent. But Adam confronts him and says it’s obvious that he’s involved in dodgy deals and desperate for cash.

The dodgy businessman continues to insist on a 30% rent hike for the factory. But Adam manages to sweet talk Laura into telling him how she gets the money from Rick.

When Laura shows him the key to her safety deposit box he secretly takes a photo of it on her phone. Is he getting closer to the truth?

What happened to Rick?

Gary ended up killing Rick last year when the two got into a physical altercation in the woods.

He buried his body in the woods and told Rick’s family that the loan shark fled the country after discovering the police were after him.

But is the truth catching up to Gary?