It looks like Gary Windass is about to have his world shattered when he comes close to catching former fiancee Sarah Platt with her new love interest Adam Barlow in next week's Coronation Street.

Corrie fans have seen Gary desperately trying to win Sarah back over the last few weeks, with their romance doomed after Gary's string of bad decisions left Sarah and her kids in danger from evil loan shark Rick Neeson. 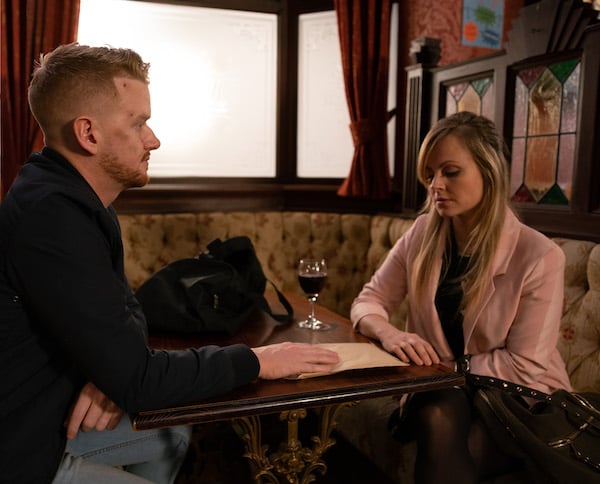 Gary and Sarah have been on borrowed time for a while (Credit: ITV)

But while Gary is trying every trick in the book to claw back his relationship, Sarah is already moving on with Weatherfield's resident hunky solicitor, Adam.

Read more: Coronation Street was the big winner at the British Soap Awards

Viewers will remember that Adam and Sarah have shared a steamy kiss before, but with Adam then leaving the cobbles back in February, things never really went any further. 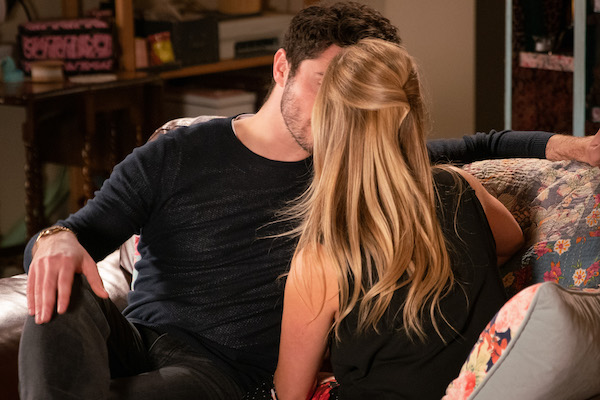 Sarah and Adam shared a kiss back in January (Credit: ITV)

However, the pair are about to pick up where they left off - and the chemistry between them is clear as day when Adam woos Sarah by telling her he has refused to represent Nick next week.

Adam also reveals that he has also spoken to Peter about Underworld and that he has promised to get something official in writing that would mean Sarah is going to be in charge of running the factory while Carla is away. 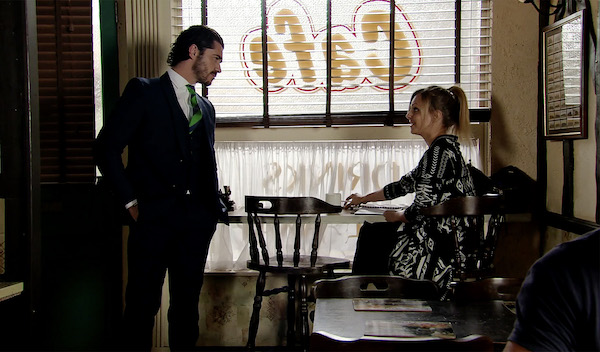 Sarah is thrilled when Adam tells her he has sorted Nick out for her (Credit: ITV)

Sarah is thrilled, and it doesnt take long before things really start hotting up between the pair.

As Adam offers to help Sarah gain control of the factory totally free of charge, she can't help but feel smitten.

And as the solicitor tells Sarah that he has managed to get one over on Nick and that she is now in charge at Underworld, she can't help but thank him with a kiss. 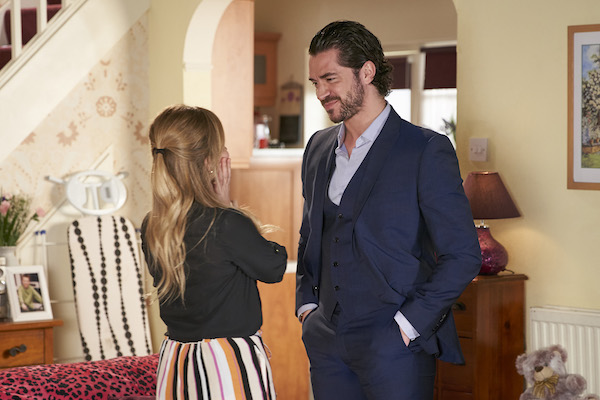 Sarah's shocked when Adam reveals she is in control of Underworld (Credit: ITV)

As things get steamy at the Platts' house, there is drama on its way when they hear the front door unlock and it is none other than Gary letting himself in.

It soon transpires that Bethany, who is still totally Team Gary, has given the builder a key so that he can sneak into the house and make a surprise dinner for Sarah. 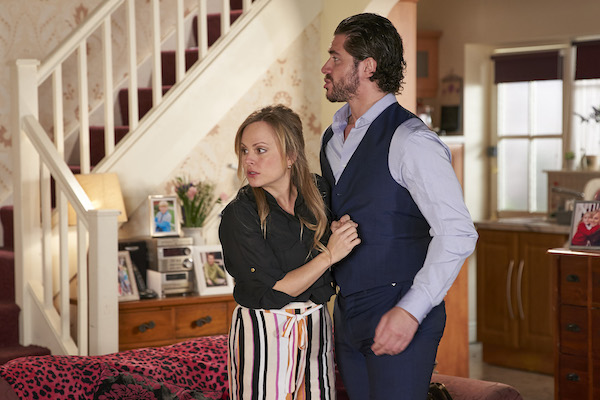 The pair kiss, but are interrupted by Gary! (Credit: ITV)

But now Sarah has got Adam stashed away in the kitchen, and as she straightens her clothes before Gary suspects anything, Sarah is forced to try and get rid of her ex, and fast!

As Gary explains that the meal was supposed to be a surprise, Sarah can't get him out of the house quick enough, and ushers him out of the front door by telling him they should go for a drink instead of having dinner. 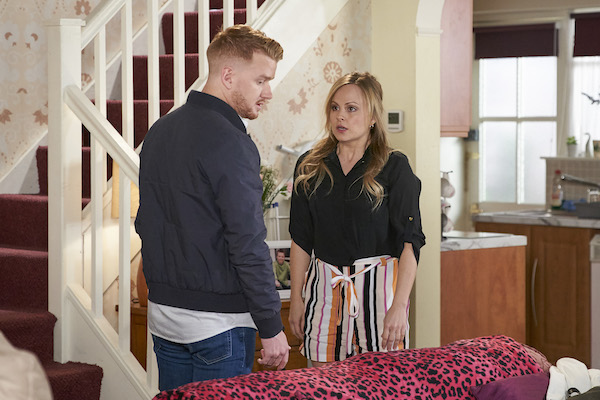 Bemused, Gary agrees, but after they have only been in the pub a short time, who should come and join them but Adam... cheeky.

Sarah is horrified that her former romance and her current one are colliding and she tries to make Adam realise that she wants him to leave. 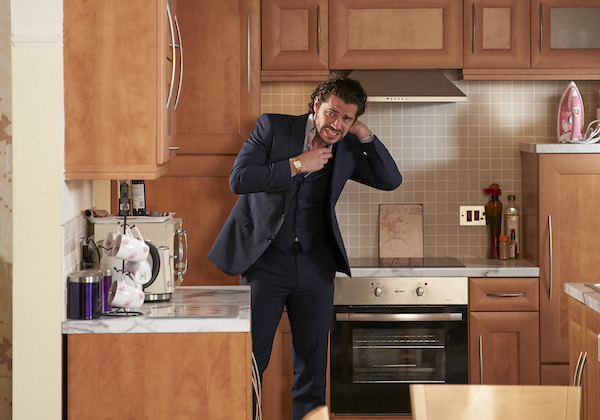 Adam is forced to hide in the kitchen (Credit: ITV)

Finally he takes the hint and goes home... and Sarah then makes her excuses and leaves Gary in the pub oblivious to everything.

As Sarah heads over to Adam's flat, one thing leads to another and the pair spend the night together.

But the next day the smile is soon wiped from Adam's face when Sarah tells him that she wants to keep their romance a secret, leaving him hurt. 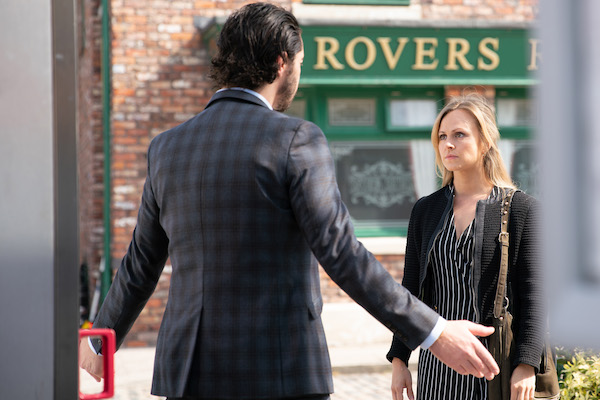 Adam is upset when Sarah wants to keep their romance a secret (Credit: ITV)

The pair end up having a huge fight in the street... leaving Gary wondering what is going on between them.

But when he enquires to check Sarah is okay, she sends him packing and she is soon apologising to Adam and trying to put things right. Will Sarah be able to hide her romance with Adam for long?

Sarah explains that Gary still has feelings for her and she doesn't want to hurt him, and Adam reluctantly agrees to keep things under wraps for now.

The pair soon plan to sneak off to a hotel together for some alone time... but how long will they manage to keep their romance a secret?

Do you think Sarah is better suited to Gary or Adam? Leave us a comment on our Facebook page @EntertainmentDailyFix and let us know what you think!