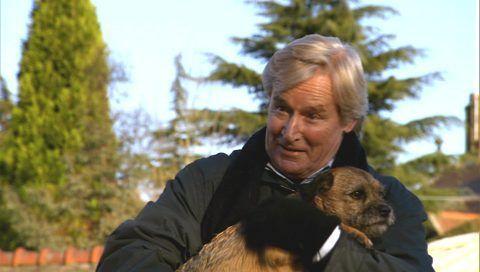 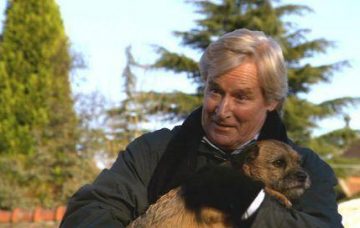 Ken Barlow is leaving Coronation Street and, if that wasn’t already sad enough on its own, he’s leaving his beloved pet dog Eccles behind!

Fans of the ITV soap were gutted on Wednesday (March 11), when they discovered that Ken’s new luxury retirement village Stillwaters does NOT allow animals.

Viewers know that Ken and Eccles have been together since their very first meeting in 2006 – 14 years ago.

Although she initially belonged to Ken’s mother-in-law Blanche, Ken often took her for a walk and he adopted the doggy when Blanche died.

The pair have been through a lot together, including Eccles being poisoned in 2018 by vile thug Tyler.

Luckily, he pulled through. But could he die of a broken heart now Ken has given him away?

But after seeing how excited Tracy and Steve were about moving into No. 1, he decided against mentioning it.

He also seemed reluctant to leave his little terrier behind, too.

Speaking to old friend Audrey Roberts, Ken asked her if she would take Eccles instead, admitting dogs weren’t allowed at the residential home.

And viewers weren’t happy at all.

Lol there’s no way ken would ever agree to leave the dog (Eccles) that dogs his world! Stupid script writing #coronationstreet #corrie

Another said: “The biggest travesty of all is Ken and Eccles being split up… Ruthless.”

“To leave the street is bad enough, but to leave Eccles? Don’t do it Ken,” pleaded another, while one angry fan typed: “There’s no way Ken would ever agree to leave the dog (Eccles)! That dog is his world! Stupid script writing.”

Sadly, Ken DOES leave Eccles behind when he moves into Stillwaters this Friday (March 13).

Viewers have recently turned against Ken’s partner Claudia Colby, believing she doesn’t have his best interests at heart.

Some even called the character a “gold-digger” believing she plans to “rinse Ken” once she’s got him away from Coronation Street.

Is Ken really happy about moving away from his friends and family – and memories of late wife Deirdre Barlow? Or is he trying to please Claudia?

Many viewers have become increasingly irritated with Claudia’s meddling in the house sale, and believe she just wants Ken’s money – and all memories of Deirdre gone.

One wrote: “Leave Ken alone Claudia. Go and live in the new place by yourself #Corrie.”

Another said: “Why does Claudia keep saying ‘we’ when it comes to Ken’s house? It’s not hers. If the gender roles were reversed it would be seen as controlling behaviour! #Corrie.”

A third added: “Claudia wants to know if she’s getting the full amount in Ken’s retirement fund. 100% gold-digger.”

“Why is Ken moving? Is Claudia forcing him? He never seems happy around her,” said one more, while another added: “Anyone else think Claudia is going to rinse Ken? #Corrie.”

Luckily, reports later confirmed there’ll be another familiar face living at the retirement complex with him – Norris Cole!

Do you think Ken is behaving out of character by leaving Eccles? Leave us a comment on our Facebook page @EntertainmentDailyFix and let us know what you think!