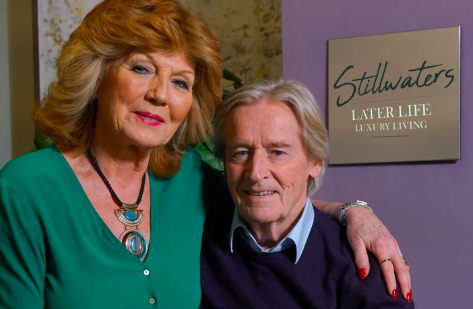 Is she a gold digger?

Viewers of Coronation Street have expressed their fears for soap legend Ken Barlow, believing his girlfriend Claudia Colby is a “gold-digger”.

The Weatherfield veteran recently announced he was leaving the Street to move into Stillwaters retirement village with her.

But, as the move approaches, it’s clear that Ken is having second thoughts.

Anyone else think Claudia is going to rinse Ken?

Despite the OAP deciding to move away, it appears he may have begun to have doubts about leaving his home – the home he shared with his late wife Deirdre.

When Ken revealed he and Claudia are moving to Stillwaters by the end of the week, Tracy, who with husband Steve has bought No.1, shared her excitement at the prospect of moving into the house.

Meanwhile, Peter was more concerned about where he and Simon are going to live.

Viewers see Ken having doubts when he decides to talk to Steve and Tracy about delaying the sale of the house.

However, sensing how excited they are, Ken doesn’t say anything as he can’t bring himself to let them down.

As Ken prepares to say goodbye to the Street and his many friends on it, Audrey is concerned that perhaps he is being forced to move to Stillwaters against his will and that he doesn’t really want to leave.

It seems she could be right, as when moving day arrives on Friday (March 13), Ken is not feeling overly excited about it.

Feeling emotional, Ken sits in No.1 with Eccles on his lap and reflects on the many happy years they have spent living together there.

Seeing her dad so down, Tracy is concerned, but it’s not long before the family are helping him with the last of his things.

As he picks up Deirdre’s peanut bowls, Ken takes one last wistful look around his living room and leaves.

Is it what he really wants? Or more what Claudia wants?

Many viewers have become increasingly irritated with Claudia’s meddling in the house sale, and believe she just wants Ken’s money – and all memories of Deirdre gone.

One wrote: “Leave Ken alone Claudia. Go and live in the new place by yourself #Corrie.”

Another said: “Why does Claudia keep saying ‘we’ when it comes to Ken’s house? It’s not hers. If the gender roles were reversed it would be seen as controlling behaviour! #Corrie.”

here, I was going to say the same thing!! I’m literally just catching up now!! I hate her

Leave Ken alone Claudia.Go and live in the new place by yourself #corrie

Why is ken moving. Is Claudia forcing him. He never seems happy around her #Corrie

Anyone else think this claudia is gonna rinse ken? #Corrie @itvcorrie

Ken can’t leave the street, he needs to get rid of that Claudia…😓😒#Corrie

A third added: “Claudia wants to know if she’s getting the full amount in Ken’s retirement fund. 100% gold-digger.”

“Why is Ken moving? Is Claudia forcing him? He never seems happy around her,” said one more, while another added: “Anyone else think Claudia is going to rinse Ken? #Corrie.”

Luckily, reports later confirmed there’ll be another familiar face living at the retirement complex with him – Norris Cole!

Speaking about Ken leaving Coronation Street on This Morning, host Phillip Schofield asked soap expert Sharon Marshall: “Is Claudia just trying to get him away from Deirdre, all the photos are still there…”

To which Sharon replied: “If you remember months ago she wanted all [of Deirdre’s] stuff clearing, she just wants room for her hairspray and she’s getting him out of the way.”

Do you trust Claudia Colby? Tell us what you think of this story by leaving a comment on our Facebook page @EntertainmentDailyFix!