Played to both comedy and drama perfection by Simon Gregson, the cobbles without Stevie Mc just wouldn’t be the same.

Brushes with the law, a battle with depression, and his many failed romances have all helped Steve who he is today.

Every wife he's had has arguably been his soulmate, but there's something about his relationship with current spouse Tracy Barlow that makes it seem like they're forever. Or at least for a while...

Steve McDonald and his family: Jim, Liz and Andy 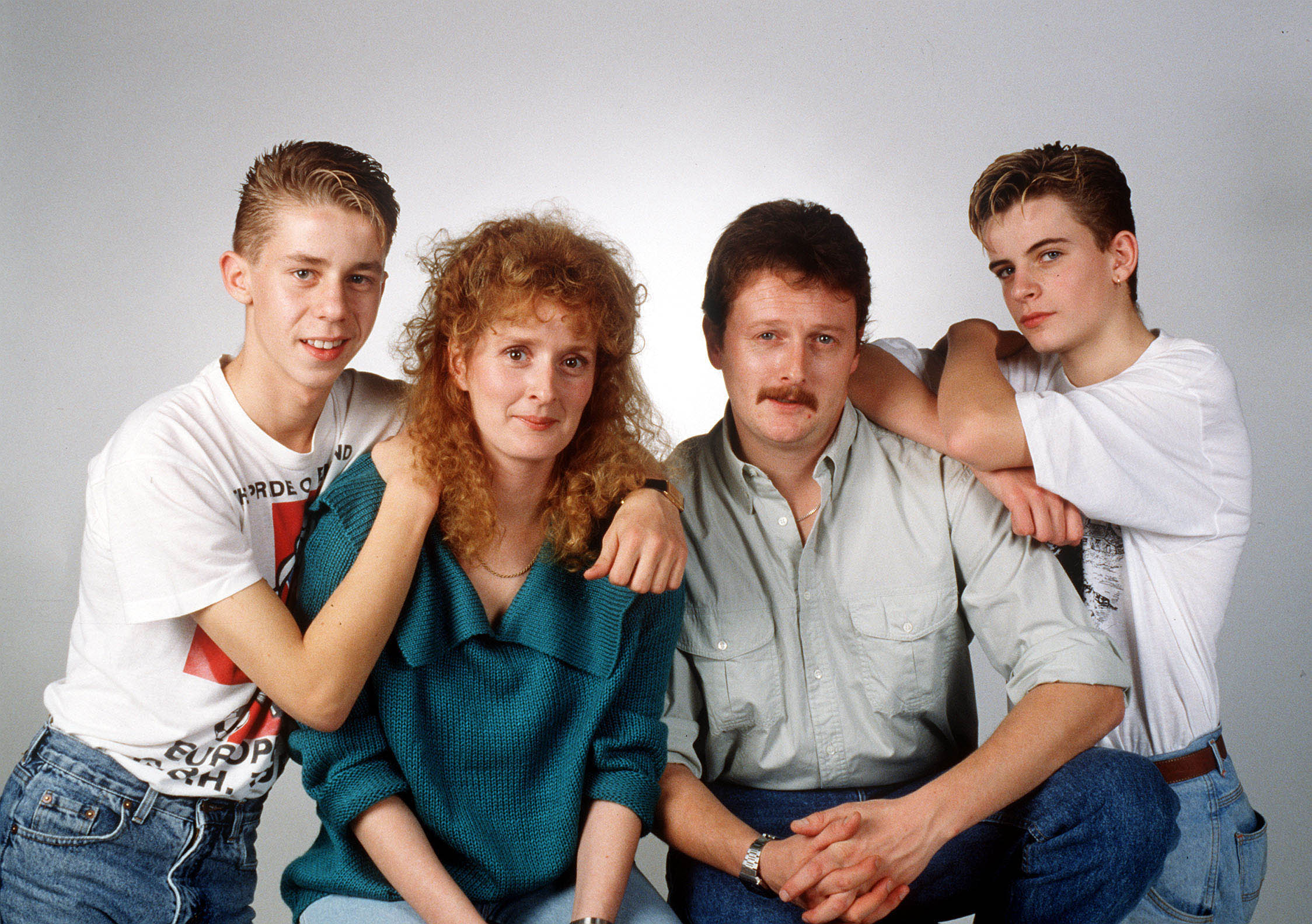 The McDonald clan have been in our lives for nearly 30 years (Credit: ITV/REX/Shutterstock)

Steve, known as the family failure next to academic Andy, started out as impetuous and reckless, and apart from ageing, not much has changed.

As for his family relations now, he goes to stay with Andy in Spain occasionally, and has given Jim more second chances than he's had wives. He eventually cut his dad off after Jim returned last year to try and con Steve and Liz by pretending Steve's dead sister Katie was still alive.

Maybe his mum's constant presence is why Steve struggles to hold down a wife...

Steve McDonald: the most married man in Weatherfield - seven marriages to five women 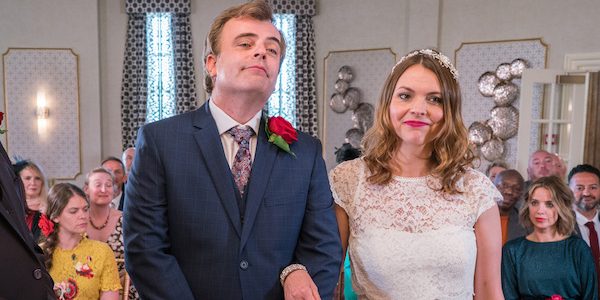 Will it be seventh time lucky? (Credit: ITV)

Holding the accolade of the most married person in Coronation Street history is no mean feat.

Steve first wed Vicky Arden in 1995. She was the wealthy granddaughter of Alec Gilroy and wanted to rebel. Steve was after her money though after getting in a lot of gambling debt and when he tried to pin a stolen whiskey charge on her, she turned on him and got him sent down for two years. Divorce quickly followed.

His next wife was Karen Phillips (Suranne Jones) who he married for a bet. But they realised they really did love each other and decided to divorce and marry for real.

But the divorce caused rows and they did officially split briefly for a while, during which time Steve slept with Tracy Barlow (Kate Ford) and got her pregnant.

He reunited with Karen, but the truth about Trace came out at their lavish wedding ceremony. They married anyway, but the spectre of Tracy was too much to bear and Karen ended up suffering a breakdown and leaving town.

Steve had a series of other relationships, including gangster's wife Ronnie Clayton, but eventually seemed solid with Rovers barmaid Michelle Connor (Kym Marsh) - until he cheated on her with Becky Granger (Katherine Kelly).

Becky was to become wife number three, after a disastrous first wedding in which Becky was too drunk to get hitched, they married on their second attempt, but things turned sour when Becky's inability to have children became too much for her.

After Steve betrayed her to social services when they were trying to take custody of Becky's nephew, Max, she asked him for a divorce.

Steve then had another one-night stand with Tracy, and she once again fell pregnant, this time with twins.

They decided to get married, but she miscarried the babies. She pretended Becky had caused her to lose them by pushing her down the stairs.

When Becky produced Tracy's medical records at the reception proving she didn't cause the miscarriage, a disgusted Steve ended things immediately with his new bride. There went wife number four.

He rekindled things with Michelle and once again they looked like they would make things work. They married and started trying for a baby. But when Michelle lost their little boy, Ruairi at  23 weeks, they were both devastated.

What made the heartbreak even worse for Michelle was that stupid Steve had had a one-night stand with Leanne Battersby (Jane Danson) and got her pregnant. When the truth about baby Oliver's parentage was revealed at his naming ceremony, Michelle threw Steve out.

He briefly became engaged to Leanne before they realised what a ridiculous notion that was, and then he somehow ended up back in Tracy's arms again.

They made their marriage official, (seven times a charm, eh, Steve?) in October 2018, and have been dealing with their daughter Amy falling pregnant at just 14 and having a secret abortion. For once, they look like a pretty solid unit, but for how long is anyone's guess. 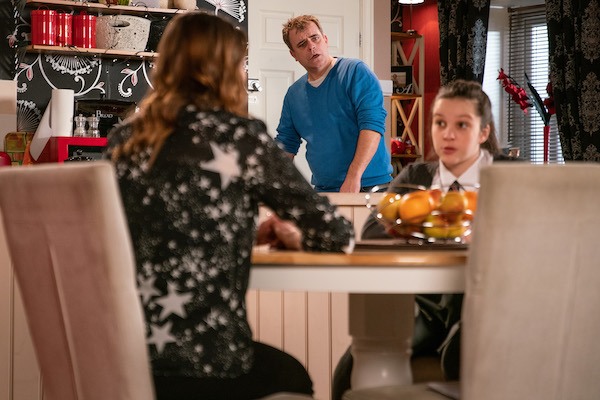 A teen pregnancy has had Steve stumped lately (Credit: ITV)

Steve has a knack of getting women pregnant on one try. So much so, that Leanne recently questioned whether he had "bionic sperm".

His first child was with Tracy - they had a one-night stand and Amy was the result. Although at first, Steve refused to accept parentage and Tracy pretended the baby was Roy Cropper's after conning everyone into believing they'd spent the night together.

Trace even gave the baby to Roy and Hayley, but her guilt got the better of her and after a few days she demanded her daughter back - in the middle of Steve's wedding to Karen.

Years later, Tracy fell pregnant with his twins after another one-nighter, but sadly miscarried them.

Michelle gave birth to his son, Rauiri, at 23 weeks and he tragically passed away.

Steve's only living son is with Leanne after their ill-advised night together. Leanne didn't think she could get pregnant, Steve and his super-sperm came along and proved otherwise. Oliver was the result. 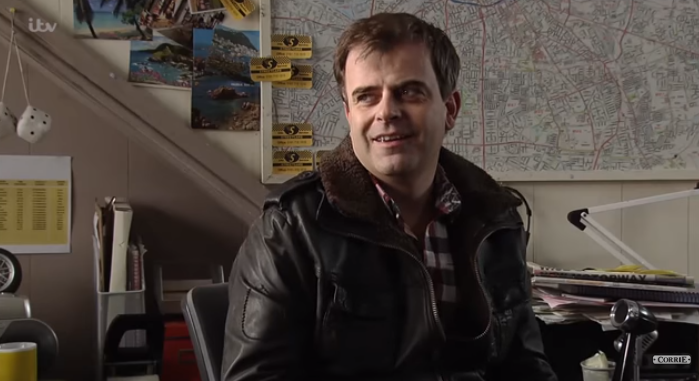 Taxi firm boss isn't the only string to Steve's bow. He can add landlord, builder, print shop owner and criminal to his CV.

He started out dealing in stolen car radios, but that quickly escalated when he turned to gangster Jez Quigley for a job and before he knew it he was in waaaay over his head.

It was money borrowed from Jez that enabled Steve to purchase Street Cars alongside mate Vikram Desai, a business which he still owns to this day, even though his co-owner has changed. He's now in partnership with Tim Metcalfe (Joe Duttine).

As well as the cab firm, Steve has been the on-off owner of the Rovers Return over the years. He first bought the place in 2006, but thanks to his criminal record had to install Liz as landlady.

He owned it until 2013, then bought it back in 2015 - once again alongside Liz - before being forced to sell it to the Connors when Michelle demanded half of the proceeds in their divorce settlement. 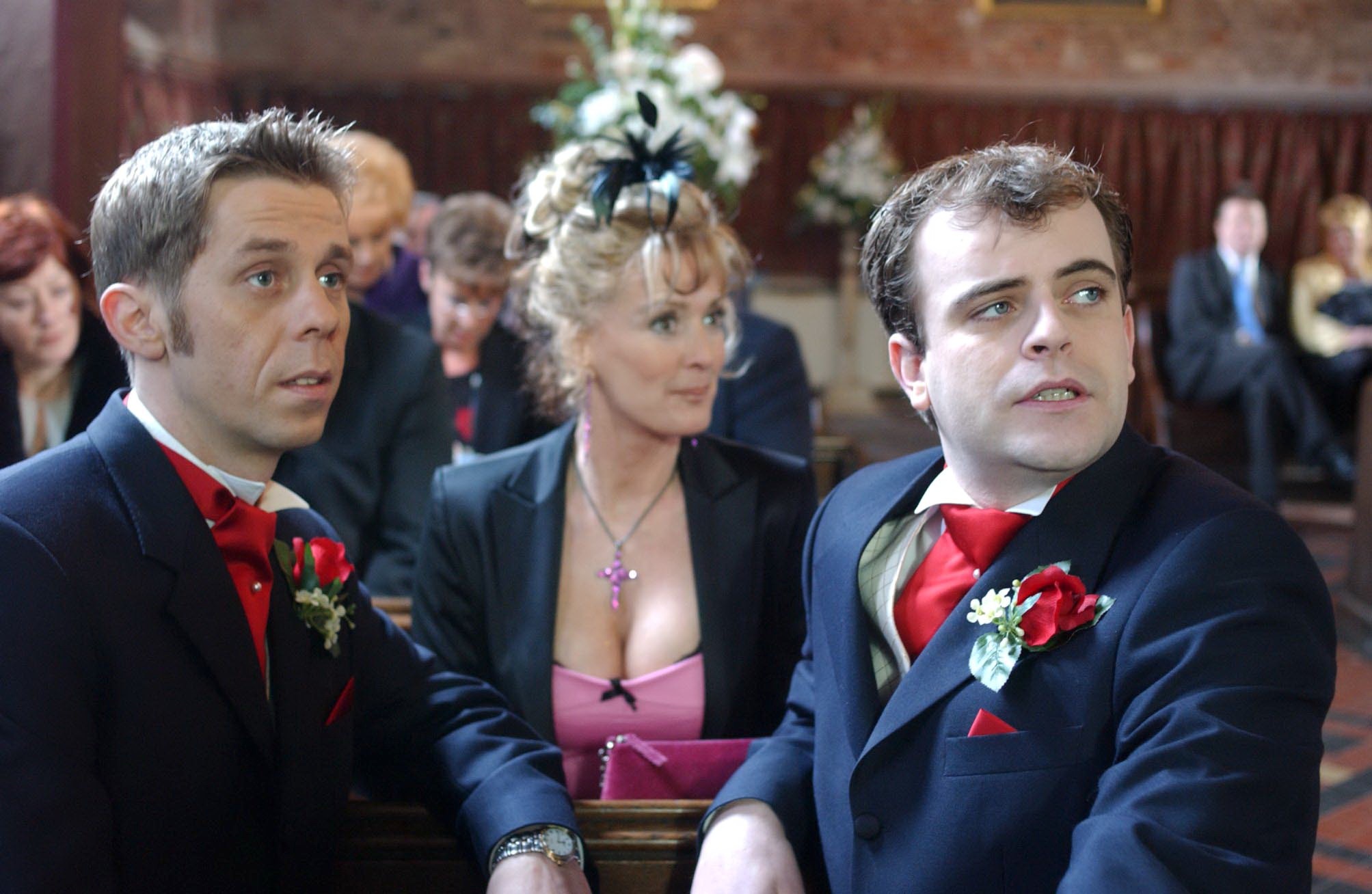 Wonder if Andy knew this wouldn't be his only stint as best man? (Credit: ITV/REX/Shutterstock)

Summing up his complicated love life to brother Andy after his first encounter with Tracy:

"I got Tracy Barlow pregnant who stalked me and then cancelled my wedding behind me back. I've got a baby daughter nobody knows about that's being looked after by the Croppers. Roy thinks he's the father and so does his transsexual partner Hayley."

Read more: Steve and Tracy: The history of their relationship

Do you like Steve McDonald? Leave us a comment on ourFacebook page @EntertainmentDailyFix  and let us know what you think!