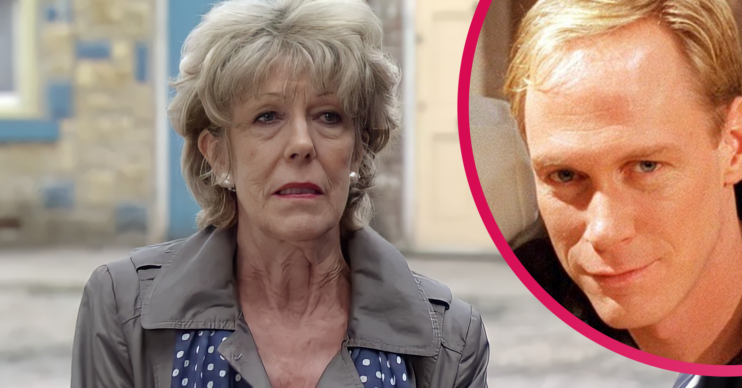 Coronation Street will be seeing another blast from the past

Coronation Street veteran Audrey Roberts has some big new drama in store after it was announced that her son Stephen is returning to the soap.

Stephen was last seen on the Corrie cobbles in 2007.

And, according to sources, his arrival is part of a big new storline that will put Audrey back at the centre of the Weatherfield action.

Original actor Todd Boyce will return to the role.

Stephen was the son that teen mum Audrey gave up as a baby.

They were reunited on-screen in 1996, after Stephen arrived in Weatherfied to get to know Audrey and her family better.

This time, his return comes amid Audrey’s family having concerns for her welfare, which have grown in recent months.

Audrey tried to dismiss their worries, but after she crashed her car was diagnosed with the eye condition cataracts.

She was left frustrated at this reminder of the fact she wasn’t getting any younger.

Later, there have also been worries about Audrey’s drinking and that she may be feeling lonely.

Stephen to the rescue?

So have the family called in the cavalry by summoning Stephen back to town?

According to Metro, Stephen is returning for a long-term storyline which will see him help support Audrey.

“Stephen’s return to Corrie comes amid frustrations that she is being viewed as an old woman by the family,” a source said.

“When Stephen comes back, she’ll find herself comforted by his support.”

However, it’s not going to be plain sailing for Stephen.

After Stephen’s return to the fold, his half-sister Gail and her family are going to have their doubts.

“It’s the start of a big story. The rest of the Platts will be suspicious over Stephen and what he wants.”

“What is he after and should Audrey be listening to the rest of the clan?” they added.

Stephen has appeared on the Street several times over the years, visiting from Canada where he grew up.

His dramas included a romance with Audrey’s best mate Alma, so his return is bound to be controversial.

Meanwhile, Stephen’s nephew Nick moved to live with him in Canada for a time, during one of Nick and Gail’s rocky periods.

Stephen last appeared in 2007 when he chose Sarah over David for a job in his business in Milan, leading to more bad feeling between the siblings.

More recently, in 2015, David convinced Gail to stay with Stephen.

David wanted his mum out of the way as building work was being done on their house where Callum Logan’s body was buried.

The news of Stephen’s return comes hot on the heels of the announcement that Spider Nugent is returning to the Corrie after 20 years, with Martin Hancock reprising the role.

Actor Todd starts filming as Stephen in a few weeks and Stephen will be on screen later this summer as the story kicks off.

As a result, Audrey will play a big part of this summer of nostalgia for viewers.