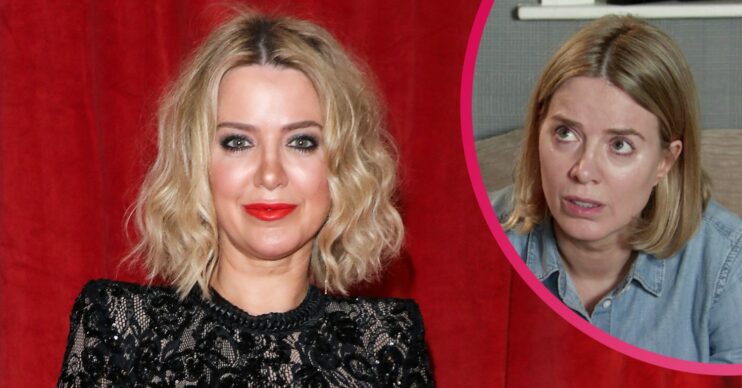 The ITV soap will be temporarily resting Abi in the coming months with the hint that she will finally get a bit of happiness in her life.

Viewers have watched as Abi has given up her twins, lost her son Seb to murder and inadvertently caused the death of Natasha Blakeman during her revenge scheme.

She also cheated on husband Kevin, relapsed onto drugs, gave birth after not realising she was pregnant and lost custody of baby Alfie to his father Imran.

Her plot to kidnap Alfie and flee abroad ended in tears.

And Imran died in a car crash that may have been caused by his wife Toyah.

Last night Abi was given a small reprieve as she was given a chance by the courts to raise her son under close supervision.

And now actress Sally Carman has hinted it will have a happy outcome.

More than that – she will get a rest after years of dramatic plots.

Speaking to Digital Spy she said: “The brilliant thing about the producers is that unless you actually specifically ask [what’s coming up], they don’t tell you.

“I never ask because I can’t hold my own water, so the less I know, the better! Or else I’d just be telling you everything – which might be good for you, not so good for me.

“So I actually don’t know, but I know that it’s gone quite quiet script-wise.

“So I’m guessing that she’s going to be happy for a bit. Which suits me fine!”

She added: “I’ve had so many big storylines, I think people need a break.

Read more: Coronation Street characters that need to return to cause chaos

“So I’m quite happy to take a back seat for a bit.”

Will you miss Abi not being front and centre on Corrie?