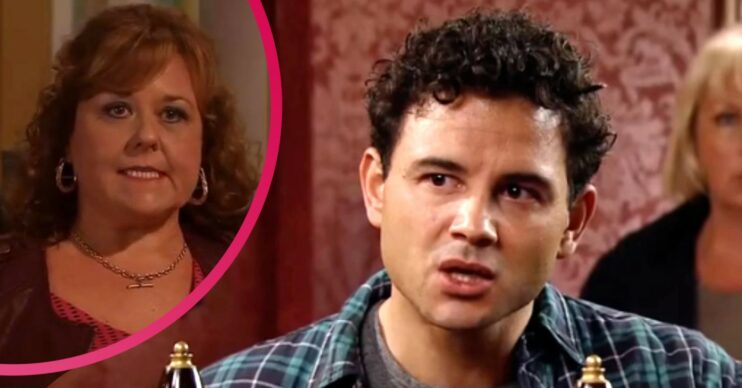 Coronation Street characters that need to return to cause chaos

Wendy FLAMIN’ Crozier made a shock return to Coronation Street this week after years away.

The former mistress of Ken Barlow is back as Abi Webster’s foster carer and she’s set to cause chaos.

While it’s unlikely that Ryan Thomas will reprise the role, that doesn’t mean Jason can’t return.

Todd’s recasting – though in terrible circumstances – has proved a success, so why not Jason?

The cobbles is lacking in the hunk department lately – and after years in Thailand, Jason could return with a buff(er) body and a glowing tan to show off.

For a Corrie woman who went to Japan to host a gameshow, she doesn’t get many holidays, does she?

Poor mum Sally is going through a sex drought and her dad is losing and gaining wives and children like we don’t know what.

Plus Corrie is in desperate need of the kind of light relief that only Rosie can provide.

Fiz is getting married again – and Chesney has about 47 children – so it’s the perfect time for a small visit by Cilla Battersby-Brown.

She was last heard to be somewhere abroad, scamming people no doubt, but it’s time that she makes a grand entrance for the wedding.

The thought of Mimi seeing her Fiz equivalent would be almost too good a Corrie scene for it not to happen.

Admittedly she isn’t the best mother in Coronation Street – she married Les Battersby for crying out loud.

But there is no way that Janice wouldn’t want to be there for her daughter, Toyah, as she fights murder charges.

Though to be fair she didn’t show her face when her grandson was slowly dying, so what do we know?

Maths is not a strongsuit but she must have popped by now, excuse the pun.

Somewhere in Romania there is a mini Tyrone crawling around – probably crying quite a lot and most likely cheating on his first baby girlfriend.

Assuming that Fiz’s relationship with Phill fizzles out, and she reunites with Tyrone – what perfect timing for a bombshell baby arrival, eh?

Left field, we know, but who else could challenge Tracy Barlow for Steve?

Maybe Becky, admittedly, but that ship has sailed so it’s time for a Karen McDonald return.

While she left in 2004 as a gobby fighter who went way too far to beat Tracy at her own game, Karen’s backstory was heartbreaking.

Raised by ultra-religious and ultra-abusive parents, Karen escaped them and thrived. Wouldn’t it be great to find out where she is now?