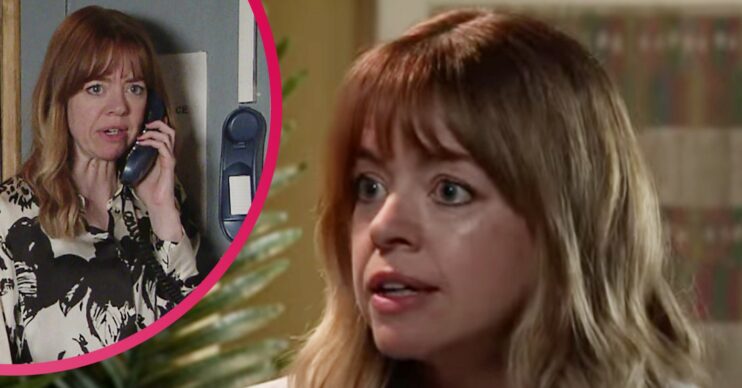 Coronation Street: Toyah to go to prison for Imran’s murder?

Coronation Street’s Toyah was arrested for the murder of her husband, Imran.

As police are convinced Toyah intentionally caused the crash, she was arrested for Imran’s murder.

Will Toyah go to prison?

Before Imran died, he was given custody of his son Alfie.

Alfie was born after Imran cheated on his fiancée-turned-wife Toyah, with Abi Webster.

Although Toyah was furious when she found out Imran was Alfie’s dad, they got back together, got married and managed to get custody of Alfie.

On the day Imran died, he got in the car with Toyah and told her about his lies.

Viewers know that Toyah’s final words to her husband were: “I hate you Imran, I hate you with all my heart.”

She then drove into a building. Imran pulled Toyah out of the wreckage but he died of cardiac arrest shortly afterwards.

Police have become suspicious of Toyah, as it looks like she didn’t even try to put the brakes on before crashing.

Meanwhile Imran’s colleague and friend Adam has been suspicious of Toyah, saying she threatened to kill him shortly before the crash, and went to the police with the information.

Toyah was recently arrested for causing death by dangerous driving, but now it looks like she could be facing a murder charge.

In tonight’s episode (Monday, June 13) it was Imran’s funeral.

However the police called in Toyah’s ex Peter for questioning about the situation with Toyah and Susie.

Later he went to tell Toyah that the police began to question him.

Toyah went to the police and told them Imran told her nothing about lying about Abi in court.

However DS Swain managed to obtain a voicemail Imran left Toyah just before his death, admitting that he’d made a terrible mistake and there were things she didn’t know.

DS Swain told Toyah they knew she deleted the voicemail shortly after she was first questioned.

But Toyah claimed she didn’t know see the message and must’ve accidentally deleted it.

DS Swain arrested Toyah for Imran’s murder, but what’s next?

Spoilers: Toyah to go to prison for Imran’s murder?

In next week’s scenes Leanne goes to the police station, desperate for more news on Toyah.

She is determined to stand by her sister.

Meanwhile Toyah claims she never intended to kill Imran or herself.

Is Toyah going to be charged with murder? Could she be facing prison?

Will you be watching this week’s Coronation Street? Leave us a comment on our Facebook page @EntertainmentDailyFix and let us know what you think