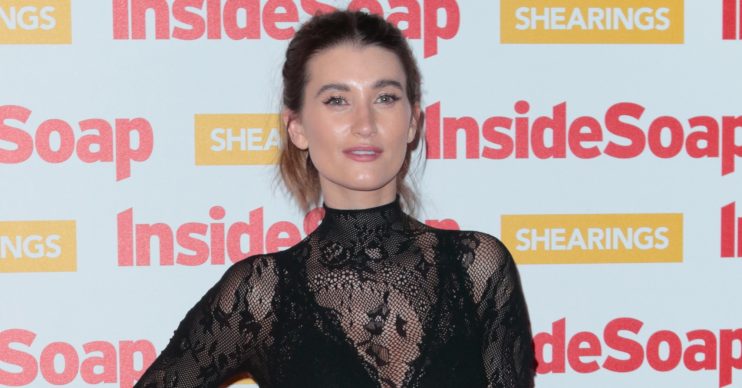 Debbie Dingle actress, Charley Webb celebrated her birthday with a relaxing brunch catch-up with her Emmerdale co-stars Lucy Pargeter and Emma Atkins and a new hair over the weekend.

The star, who has been on maternity leave from the ITV soap since the arrival of her son, Ace, in July last year, spent Saturday getting her hair done ready for the reunion with her co-stars.

Dream date with my besties !!! And thank you for waiting, it was worth it.

The co-stars, who all play members of Emmerdale’s Dingle family, looked overjoyed to be back together.

Debbie captioned the photo: “Gorgeous BiRtHdAy brunch for the BdayGirl. Love you @lucyparge”.

Lucy commented on the photo saying: “Dream date with my besties !!! And thank you for waiting, it was worth it.”

Birthday drinks with the girls (and boys). And my new hair🙋🏼‍♀️

The day before, Charley had revealed she’d been out for drinks to celebrate with other friends, including former co-star Sheree Murphy, aka Tricia Dingle.

With the snap posted to Instagram she said: “Birthday drinks with the girls (and boys). And my new hair.”

Fans were quick to comment on the new ‘do, with one saying: “Loving the new hair.”

Charley’s character Debbie, left the village last year to start a new life in Scotland after Lisa Dingle left her a garage there in her will.

Charley recently told The Sun that she didn’t have any plans to rejoin the soap just yet, saying: “I’m still on maternity leave at the moment.

“It’s been good but three kids is a different ball game. It’s been really good fun, but there are no plans for me to return to work at the moment.”

She later clarified her remarks after fans believed it meant she had quit the Dales.

She told OK! Magazine: “It was taken out of context… What I meant was there is no set date for my return.”

The couple got married in 2018 and recently celebrated their two year anniversary in early February.