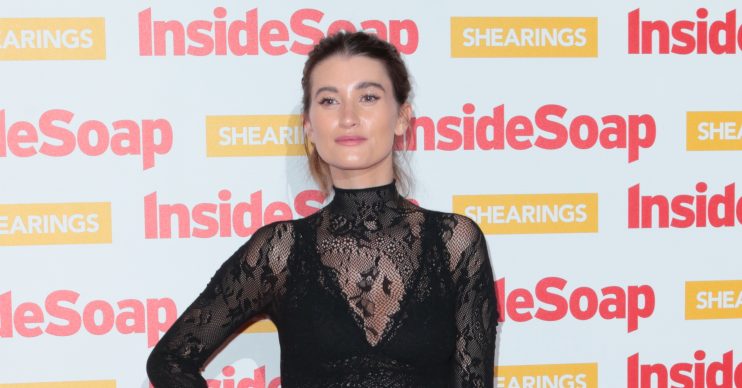 Soap star Charley Webb has ‘no plans’ to return to Emmerdale after her maternity leave, reports claim.

Charley, 31, gave birth to her third child, Ace, in July 2019 and says that looking after three kids is a ‘different ball game’.

The Sun reports that Charley, who has played Debbie Dingle in the soap since 2002, appeared at the launch of Inflata Nation Peterborough theme park and said that there were no plans to return ‘at the moment’.

“I’m still on maternity leave at the moment.

Together they have three children: as well as baby Ace, they share Buster, nine, and Bowie, four.

There are no plans for me to return to work at the moment.

Charley’s character Debbie has been off-air since August, but husband Matthew – who plays David Metcalfe – was involved in a big festive storyline.

It involved a ‘who’s the daddy’ plot after David’s paedophile ex-girlfriend Maya Stepney (Louisa Klein) dumped a newborn baby on his doorstep.

Only recently, Charley admitted that she felt like an ‘awful mother‘ after missing the school application deadline for her son, Bowie.

She opened up on Instagram, and said in a video: “So Bowie is starting school in September and apparently yesterday was the deadline to get your application forms in for what school you want.