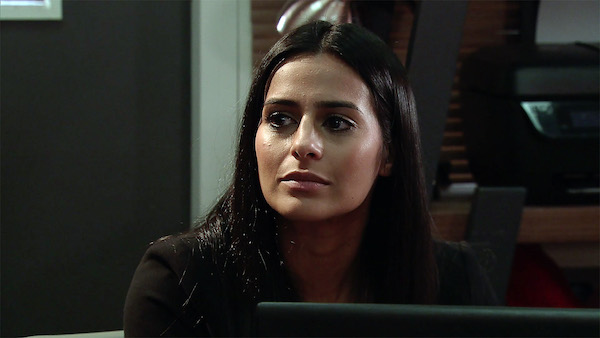 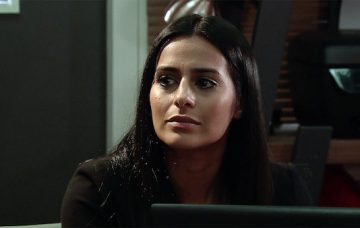 But can she convince Yasmeen to leave him?

Alya has long suspected her grandmother Yasmeen’s husband of wrongdoing, but she’s never been able to prove anything.

Geoff has been subjecting his wife to a campaign of disturbing domestic abuse behind closed doors, scenes which have left fans sickened to the core, with some even wanting Geoff dead.

Alya will become determined to save her grandmother from him no matter what the cost.

But, according to The Sun Online, Geoff’s abusive ways are about to be discovered…

The newspaper website reports that Bistro manager Alya is going to beg her grandmother to leave her abusive husband Geoff after discovering his abuse.

Alya will soon begin to look into Geoff’s background in an effort to convince her grandmother to leave him.

A source said: “Alya has always known that there’s something dodgy about Geoff, but she will really begin to pay attention soon.”

They continued: “She will become determined to save her grandmother from him no matter what the cost.”

“Alya digs into his past and finds an old news report about an assault he committed on another woman and confronts her grandmother with it.

“She desperately tries to make her see sense but it looks like Geoff’s got too strong of a hold on Yasmeen by that point.”

According to the report, Geoff once again manages to worm his way out of it and the storyline will “run and run”.

This week, Geoff’s behaviour left many fans so distressed, they felt the need to turn over.

On Wednesday (February 5), the vile bully locked his wife in a box knowing she was claustrophobic and that it might trigger a panic attack.

Lashing out at his wife, he locked her in the box while he sunk beers down the pub.

Luckily, Geoff’s son Tim returned in time to release Yasmeen from the box, but Geoff was once again able to talk his way out of it.

Fans have begged the uncomfortable storyline to end, with many saying it’s gone too far.

Do you want Geoff to be found out? Leave us a comment on our Facebook page @EntertainmentDailyFix and let us know what you think!