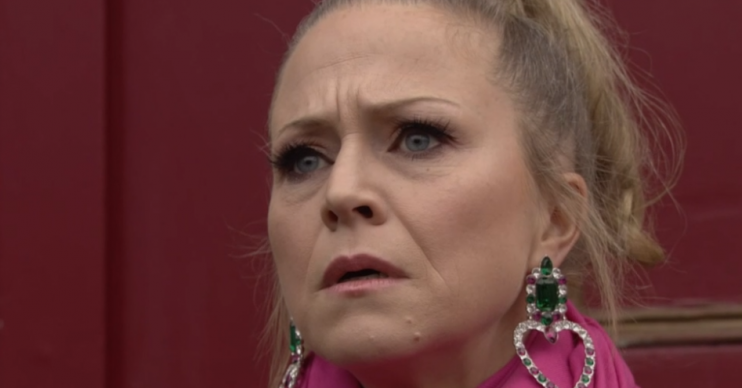 The soap usually airs at 8pm on a Friday!

Tonight (Friday February 21, 2020) EastEnders will be airing the final episode of the soap’s 35th anniversary week at a slightly later time.

Instead of airing on BBC One at the usual time slot of 8pm, the soap will be starting at 8:30pm.

The episode will be airing for half an hour ending at 9pm.

Although there hasn’t been an official explanation for the schedule change, Coronation Street is airing an hour-long episode from 7:30pm until 8:30pm, so soap fans won’t have to chose over which soap they watch.

This week, for EastEnders’ special anniversary, residents of Albert Square have boarded a boat setting sail down the River Thames to celebrate The Queen Vic winning best pub in London.

However so far viewers have seen that things aren’t going smoothly.

During Keanu and Phil’s showdown, they knocked the boat’s wheel causing it to crash.

The crash caused the lower deck of the boat to take on water meaning everyone needed to evacuate.

However, Linda is currently trapped in the boat’s kitchen and Dennis Rickman Jr was locked in a changing room by Ian Beale.

With the two of them stuck, could they be the ones to die?

Meanwhile, Ian’s youngest son Bobby was rushed into emergency surgery after he was attacked by a gang.

While Ian went to deal with Dennis, who is responsible for Bobby’s online abuse, Kathy received a strange call from her son Ben.

As she rushed off to see what was happening with Ben, she called Ian’s other son Peter to come and be with Bobby.

Peter returned to London after nearly five years away. Meanwhile Kathy found Ben had been holding his pregnant stepmum Sharon at gunpoint.

To make things worse, Sharon is in labour and bleeding heavily.

Who will die in the soap’s big anniversary?

Who do you think will die in the show’s anniversary? Leave us a comment on our Facebook page @EntertainmentDailyFix and let us know what you think!