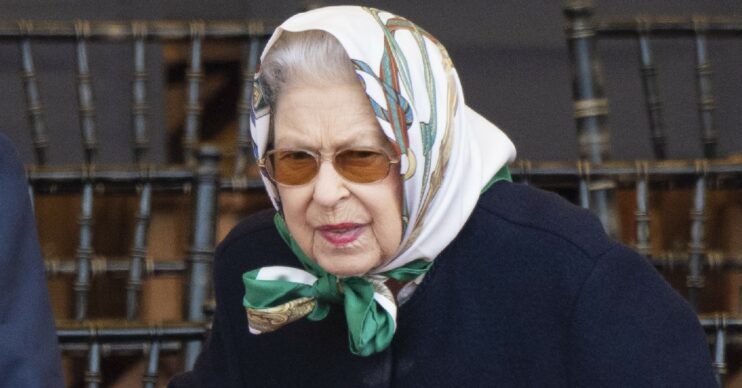 Lady Butter was a member of the Queen's inner circle

The Queen has reportedly received some devastating news during her summer break.

Lady Myra Butter, a close friend of Her Majesty and Prince Philip, is said to have sadly passed away last Friday (July 28) aged 97.

The Queen gets sad news

On Friday, the Queen is said to have received some very sad news.

A close friend of Her Majesty and also Prince Philip, Lady Myra Butter, has sadly passed away, aged 97.

Lady Butter was a descendent of Tsar Nicholas I of Russia.

She was also descended from Alexander Pushkin, the poet, novelist and playwright.

Her death notice said that she had passed away “peacefully” in London on Friday.

Joe Little, the editor of Majesty Magazine, announced the news on Twitter.

In a tweet for his 39.3k followers to see, he uploaded a picture of Lady Butter’s death notice.

“Lady Butter was a daughter of Sir Harold and Lady Zia Wernher, and a granddaughter of Grand Duke Michael Mikhailovich of Russia and Countess de Torby,” he tweeted.

“Myra was a close friend of the Queen and Prince Philip since childhood and from time to time appeared in royal documentaries,” he then added.

Lady Butter was a member of the Queen’s inner circle – so much so that the Queen was in attendance when Lady Butter married Major David Butter in 1946.

Her funeral will take place in Scotland but it’s not known if the Queen will attend.

Good news for the Queen

Heartbreak for the Queen comes just days after she received some positive news.

On Christmas morning, a 19-year-old man carrying a crossbow breached the grounds of Windsor Castle before his arrest.

On Tuesday, (August 2) almost eight months after the incident took place, the man was charged under the Treason Act.

Jaswant Singh Chail, now 20, was charged with intending to injure or alarm the Queen under Section 2 of the 1842 Act.

Additionally, he received charges for making threats to kill and for being in possession of a weapon.

He will appear in court on August 17.