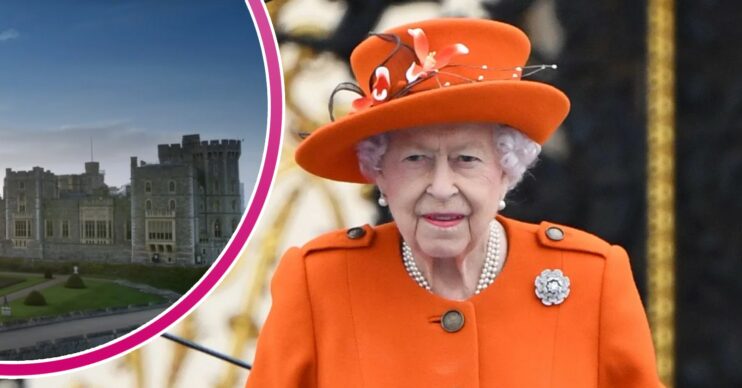 He will face trial on August 17

The Queen made news headlines for a reason other than her speech last Christmas after an intruder was reportedly arrested in the grounds of Windsor Castle allegedly carrying a crossbow.

Yesterday, it was reported that police have finally charged a suspect.

It comes almost eight months after the incident took place.

Attempt to injure or alarm The Queen on Christmas Day

On Christmas morning last year, a man managed to breach the grounds of Windsor Castle.

Jaswant Singh Chail, a 20-year-old man from Southampton, was arrested on the grounds shortly after.

Read more: Balmoral invite ‘bittersweet’ for Meghan Markle amid fears Harry could want to ‘move back to UK

Chail was reportedly carrying a crossbow at the time.

It is believed that he had gained access to the grounds via a rope ladder.

Chail was initially sectioned under the Mental Health Act before being charged yesterday.

Almost eight months on from the incident, Chail has now been charged.

He has been charged with offences under the Treason Act.

Chail was charged with intending to injure or alarm the Queen under Section 2 of the 1842 Act.

He was also charged with making threats to kill and possession of an offensive weapon too.

He will appear at Westminster Magistrates Court on August 17.

After an incident at Windsor Castle on Christmas Day, 20 year old Jaswant Singh Chail from Southampton has been charged under the Treason Act for attempting to injure the Queen.@metpoliceuk say he’s also charged with possessing an offensive weapon.
He’ll appear in court on 17/08

Nick Price, head of the Crown Prosecution’s Special Crime and Counter Terrorism Division, said it authorised the Met to charge Chail “after he was arrested in the grounds of Windsor Castle on 25 December 2021 carrying a crossbow”.

He added: “Mr Chail, 20, has been charged with making threats to kill, possession of an offensive weapon and an offence under the 1842 Treason Act.”

News of Chail being charged under the Treason Act comes after it was reported that Her Majesty had offered Meghan and Harry yet another olive branch.

The elderly monarch has reportedly invited the Sussexes and their kids to stay at Balmoral with her and the family.

However, according to the same source, it’s a “bittersweet” invitation for Meghan.

“It’s a bittersweet invite for Meghan, because on one hand it fuels her and Harry’s confidence that they are very much still part of the family.

“But after so much time away, she fears Harry will be lured back into the fold and want to return to the UK,” the source alleged when speaking to Closer.

The source then continued, saying that Meghan allegedly fears these trips could tug at Harry’s heartstrings.