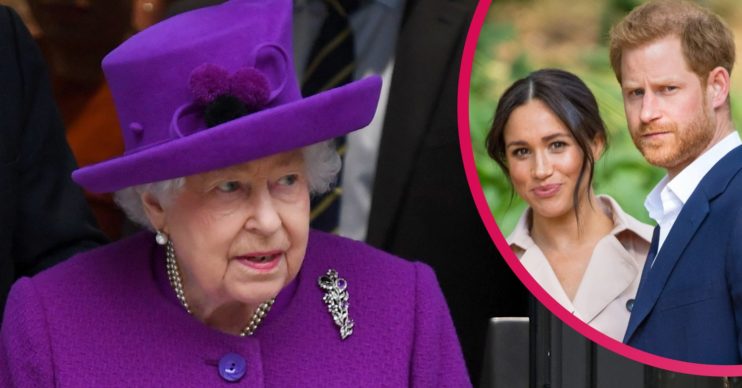 The Sussexes made the decision to become financially independent this year

The Queen and the rest of the Royal Family have been advised to follow in the footsteps of Prince Harry and become financially independent.

Graham Smith, CEO of Republic – the group that campaigns for an end to the monarchy – has claimed there is “no reason” the taxpayer should be paying for the Queen or any other royals.

What was said about the Queen and the Royal Family?

Speaking to the Express newspaper, he said: “The taxpayer does not owe the Royal Family a living.

“Many years ago they should have all done what Harry has done and become financially independent.

“That is not a great sacrifice on their part, that is just what the rest of us have to do all the time. There is no reason why the taxpayer should be paying for any of them.”

They should have all done what Harry has done and become financially independent.

The Duke and Duchess of Sussex controversially stepped down as ‘senior’ members of the Royal Family earlier this year.

Since then, they have carved out a financially independent life for themselves over in the US with their 19-month-old son, Archie.

Meghan Markle ‘most popular royal’ despite stepping down

And despite the criticism levelled at the couple over recent months from a number of fans and commentators, it seems Meghan Markle has actually grown in popularity since moving back to America.

Piers Morgan, popular host of ITV’s Good Morning Britain, is among their more vocal critics. Recently, he has had to deny claims he is “obsessed” with Meghan.

However, earlier this week, a survey showed that the Duchess is more popular than ever.

The former actress was top of a global survey with a popularity score of 14.5%.

Close behind her was the Duchess of Cambridge, in second place, with a score of 14.4%.

Read more: Meghan Markle crowned the most popular UK royal in the world in new survey

Just recently, royal fans praised Meghan for speaking openly about experiencing a miscarriage during the lockdown, and the impact the devastating loss had on her and Harry.