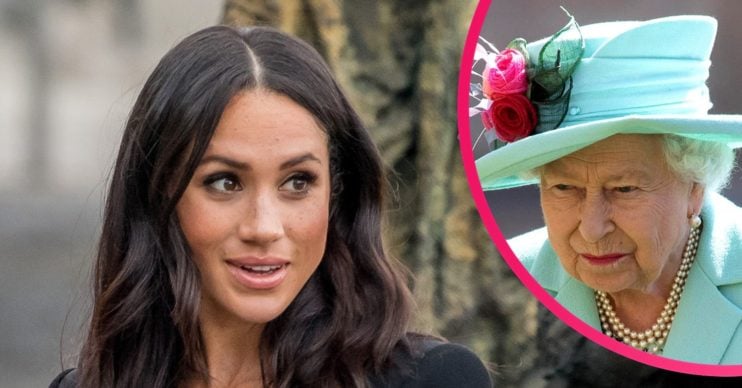 Even The Queen couldn't beat Meghan

Meghan Markle has beaten Prince Harry, The Queen and Kate Middleton to be named the most popular member of the Royal Family.

The Duchess of Sussex came out on top in a global popularity survey, beating every other member of the royal family to the achievement.

The former actress has stepped back from the spotlight this year, only appearing publicly a handful of times in the wake of the coronavirus and her tragic miscarriage.

Despite her fewer appearances, her heartfelt interviews appear to have gone down well with fans.

As a result, she topped the results with a popularity score of 14.5%.

Close behind Meghan was the Duchess of Cambridge, who landed in second place with 14.4%.

The result comes despite Harry and Meghan leaving the UK to start a new life in America.

In March, it will be one year since Harry and Meghan stepped down as senior royals with the Royal Family.

It is believed that the couple will reconvene with The Queen and Prince Charles in early 2021.

Read more: Harry and Meghan ‘quite likely’ to use HRH titles next year predict experts

Prince Harry is reportedly keen to have his military titles reinstated.

However, Prince Charles is allegedly concerned about his son’s mega-deal with Netflix.

In fact, the latest series of The Crown portrayed the Prince of Wales poorly, which puts Harry in a somewhat awkward position.

He and Meghan have a Netflix deal that is believed to be worth an estimated £100 million.

A royal insider claimed that the Royal Family feel ‘trolled’ by the streaming giant.

A source told the Mail Online that the family feel persecuted by both The Crown and a new documentary about Princess Diana.

Buckingham Palace has confirmed the meeting will take place.

A rep said: “The Royal Family and Sussexes have agreed to an initial 12-month review to ensure the arrangement works for all parties.”