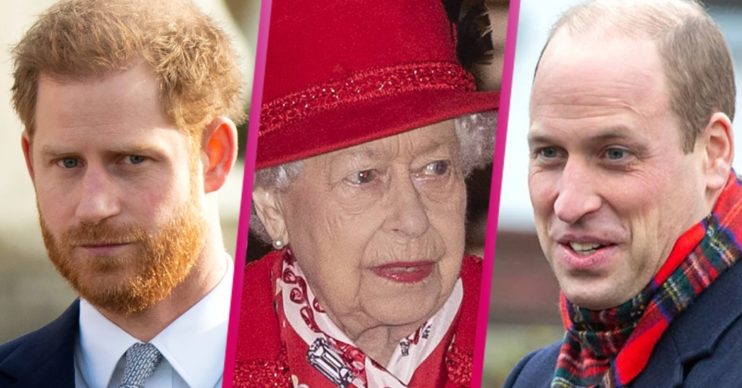 Megxit shocked the world in January

Prince Harry caused the Queen to grow closer to Prince William by stepping away from his royal duties, according to an expert.

At the start of the year, the Duke and Duchess of Sussex shocked the world by announcing plans to quit as senior members of the Royal Family.

Since then, they have made a new home for themselves in the US with their 19-month-old son, Archie.

What did the royal expert say about Prince Harry and the Queen?

According to biographer Penny Junor, the monarch started to work “in unison” with her direct heirs, Prince Charles and Prince William, after Harry left his role as a full-time royal.

In a chat with Maclean’s, the Canadian news publication, Penny said: “[Harry stepping down] brought the Queen and her son and grandson very much together and focused their minds on what they would do.”

Earlier this week, the Queen reunited with Prince William and Kate Middleton at Windsor.

She joined the couple and other members of her family as the Cambridges’ controversial mini tour ended.

It follows reports claiming that Harry and Meghan are setting up their own awards that will rival the Queen’s honours.

The Duke and Duchess of Sussex plan to deliver awards through their new charity Archewell.

[Harry] brought the Queen and her son and grandson very much together.

However, a spokesperson for the couple has since denied the project will rival the Queen’s offering.

They explained: “We look forward to sharing more about Archewell’s work in the weeks ahead. But any suggestion that it is intended to rival the UK honours list is false.

“Furthermore, the trademark application has followed the normal course of business for the US Trademark process and any suggestion otherwise is also false.”

Read more: Prince Harry and Meghan Markle deny they are ‘launching their own awards to rival The Queen’s Honours’

Court documents The Sun obtained show that the Sussexes will be organising their awards into areas of specific achievement, including charitable service, racial justice, gender equity and environmental stewardship.