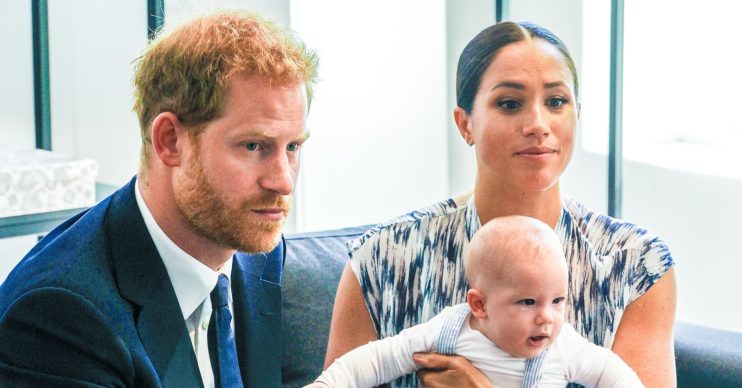 At their home in LA

Prince Harry and Meghan Markle plan to hire their own team of security professionals after a series of terrifying incidents involving drones near their LA home, an insider has said.

The Duke and Duchess of Sussex are reportedly living in fear for their son, one-year-old Archie, after drones flew in the vicinity of their pad on several occasions this month.

According to the Daily Beast, the Los Angeles Police Department’s non-emergency line received at least five calls regarding drone incidents.

A source told the website that while the couple guess photographers are operating the drones, they “can’t just assume that” because of the history of threats levelled at Meghan.

People forget they are real people.

The insider said: “Meghan received racist death threats at the time of her wedding, so the terror threat is very real for them.

“It’s like people forget they are real people. But this is a real family.”

They continued to say that the Sussexes are “not asking for any special treatment” and simply want people to respect “the safety and security we all expect” in our own homes.

ED! contacted Meghan’s reps for comment on this story.

It follows claims the Duchess was convinced there was a ‘conspiracy’ against her after she married Harry in 2018.

A source quoted by The Sunday Times claimed Meghan went into “isolation” at their Frogmore Cottage home – which they have retained as their England base since moving to the US – because she “felt like an insider”.

They told the newspaper: “She was convinced there was a conspiracy against her and so she basically put herself in isolation when they moved to Frogmore. I think she felt like an outsider from the start.”